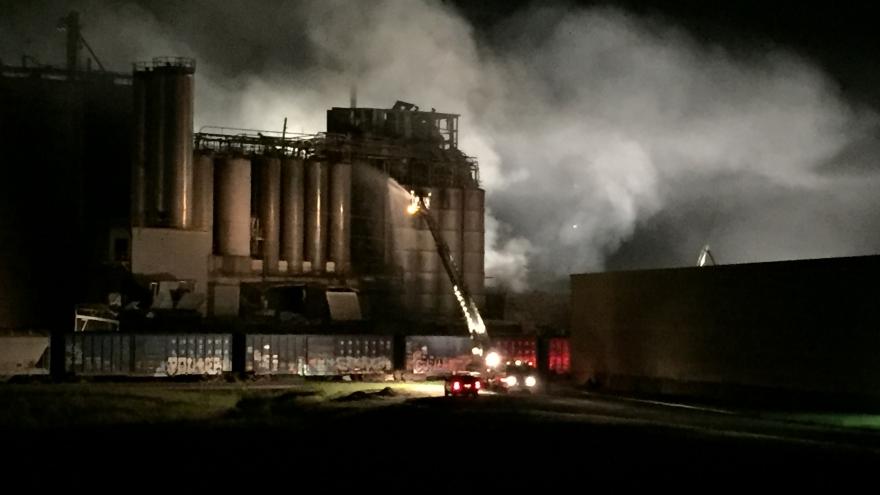 (AP) — Crews have recovered the body of a third worker from the rubble of a corn mill that exploded in southern Wisconsin.

Didion Milling said the body of packing machine operator Pawel Tordoff was retrieved Sunday afternoon. The company says Tordoff's body was found on Friday, but that recovery was delayed until engineers determined it was safe to send crews into the site.

The explosion occurred Wednesday at the plant in Cambria, about 45 miles (72 kilometers) northeast of Madison. The blast leveled most of the plant and sent 11 other people to hospitals. At least five remained hospitalized Sunday.

The cause of the blast has not yet been determined.