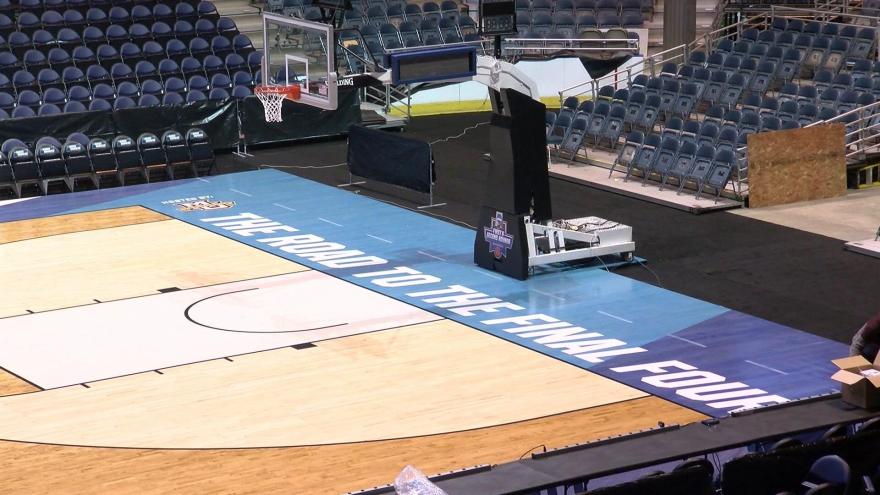 MILWAUKEE - The BMO Harris Bradley Center is getting ready to open its doors to eight college basketball teams competing in March Madness.

The custom court went down yesterday.  This is the seventh time this nearly 30-year-old arena has hosted NCAA tournament games.

Fans from all over the country will be in the stands and watching on television.  Crews have had two years to get ready for the 4 games which tip off Thursday. The four winners will play Saturday.

It'll be the final time this building hosts the tournament with the new Bucks arena taking its place later next year.