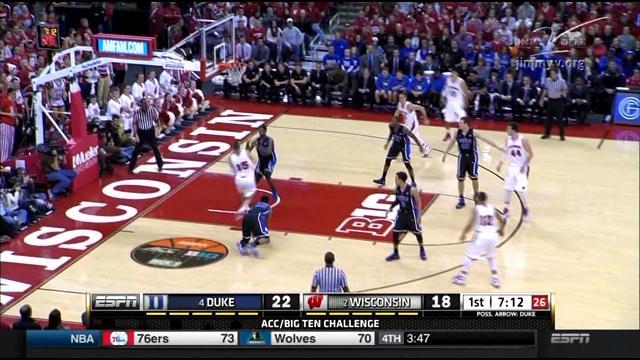 Duke came into the Kohl Center in December and beat Wisconsin.  It was an eye-opener for Wisconsin, the first loss of the season, 80-70.  Both teams are different now though.  Wisconsin has been helped by the emergence of junior forward Sam Dekker, point guard Bronson Koenig, and forward Nigel Hayes.  Meanwhile, Duke has three fabulous freshman - Center Jahlil Okafor, guard Tyus Jones, and guard/forward Justise Winslow.  Winslow has stepped up through the NCAA Tournament to help Duke.  Dekker and Hayes remember the December game, and think the Badgers could have won, even though they played poorly.

\"Both teams are completely different and playing better,\" Dekker said.  \"I watched part of that game and I look different too.\"