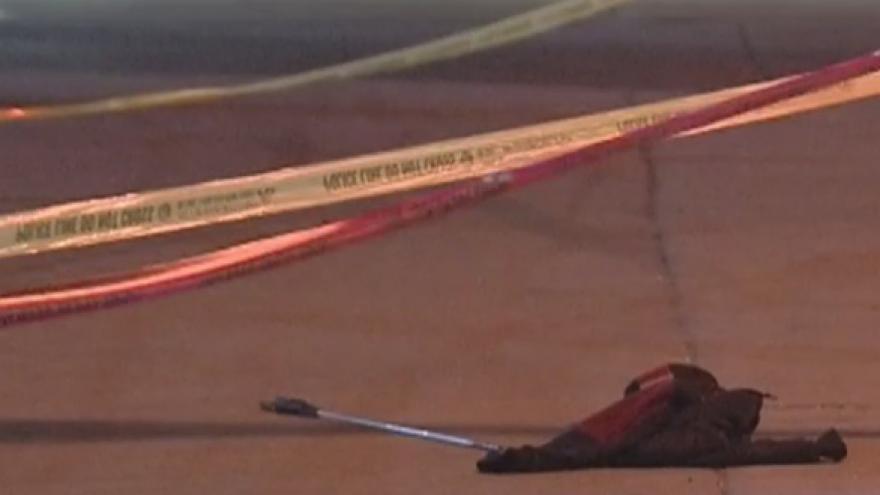 CHICAGO (CBS) — A blind man was shot and killed walking to a corner store on Chicago’s West Side.

CBS 2’s Charlie De Mar spoke with those who knew the man.

Surveillance video shows a car pull into the alley near Roosevelt and Avers. It then looks like two people emerge from the alley and start shooting.

“I say about five to seven shots rang out,” said Reggie Brewer, a friend of the victim.

As the crime scene tape marked off the scene, a support cane belonging to a visually-impaired man and a jacket sat on the sidewalk.

“I walk him in with his stick all the time. He stands right here,” said Roy Johnson, another friend of the victim. “That’s his favorite spot. “He tells us what he wants and we go get it for him.”

Johnson works security at the corner store where Johnny Shanklin was a regular.

“He had been shot in the back area which was three times,” said Johnson. “He was a great guy.”

Shanklin was blind. Shot and killed while walking to get some bread around 9:00 Tuesday night. He was 50.

He said cops are no stranger to this intersection. But for him, Shanklin’s murder was personal.

“I’m heartbroken over the situation,” he said. “In this area, in particular, there’s always some shooting going on, but unfortunately it happened to a guy who’s blind,” lamented Johnson.

The men do not believe Shanklin was the intended target.

Two people are in custody and charges are pending.