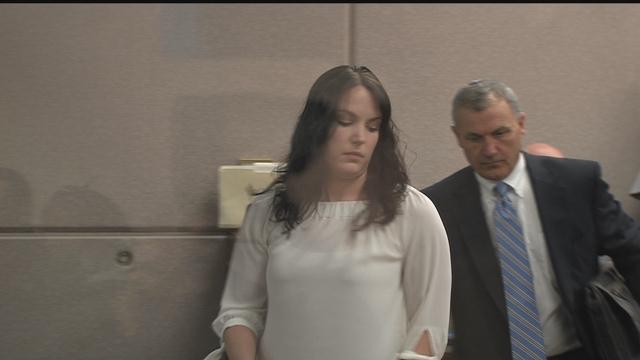 A Brown Deer police officer in court Thursday facing a felony charge after she shot and wounded an unruly bus passenger back in March.

She was in the courtroom just a few minutes and while Officer Devon Kraemer had very little to say, a group of Black Panthers watching it all made a statement, loud and clear.

"I'm not satisfied until she's completely charged and sent to prison," said King Rick of the Black Panthers. Thursday the group vowed to be in court every day that Brown Deer police officer Devon Kraemer is there.

Back in March, Kraemer and her partner removed an unruly passenger from an MCTS bus.

Surveillance video showed Kraemer, her partner and the man wresting on the ground and she said fearing for her safety, she shot him in the back.

"We're tired of the murder of our men, women and children. That's why were here," said Rick.

The man survived the shooting but Thursday, the Black Panthers stood by in court saying these situations happen too often and they have a message for those in power.

"The laws in America weren't designed to protect the people it oppresses. And who does it oppress? People of color. This has to change or we will force you to change by any means necessary," he said.

Kraemer is due back in court November 28th.