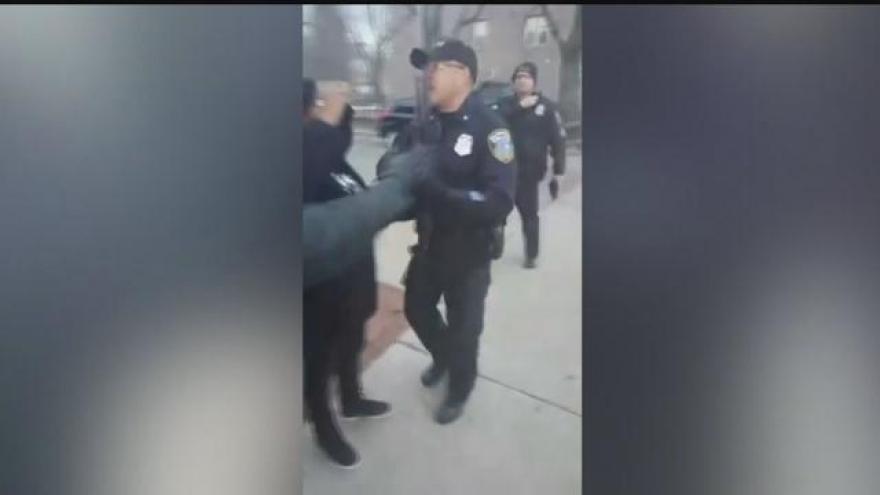 Members of the Revolutionary Black Panther Party said they're being harassed by law enforcement as they prepare to file a lawsuit against the Milwaukee Police Department.

At a press conference at Red Arrow Park Wednesday afternoon, the leaders said all of its 30 local members have been subject to random arrests and searches. They said even those associated with the group have been threatened to distance themselves.

The Revolutionary Black Panther Party's $400 million lawsuit stems from an incident in December.

During a food program, the group said Milwaukee police officers unlawfully took a gun away from a man. Police said he was carrying it unsafely, so they took it and arrested him on an open warrant.

It was during that arrest that the black panthers said an officer assaulted a 10-year-old girl, elbowing her in the face.

Since then, leaders said police have continued to violate their constitutional and civil rights, by following them in unmarked squads and intimidating business owners and people who work with them.

The group classifies the treatment against them as terrorism.

"I'm paraphrasing the definition, when you use political power or force against citizens or people for political aim, this could be violence in the context or intimidation," said Dr. Alli Muhammad, Chief of the Revolutionary Black Panther Party. "So it is terrorism carried out by law enforcement, radical police terrorism and radical police extremism is exactly what it is."

Black Panther leaders said the lawsuit is in the process of being filed. It names the police department, the city of Milwaukee, Chief Ed Flynn and the officers involved.

CBS 58 has reached out to MPD for comment on these harassment claims and are awaiting a response.