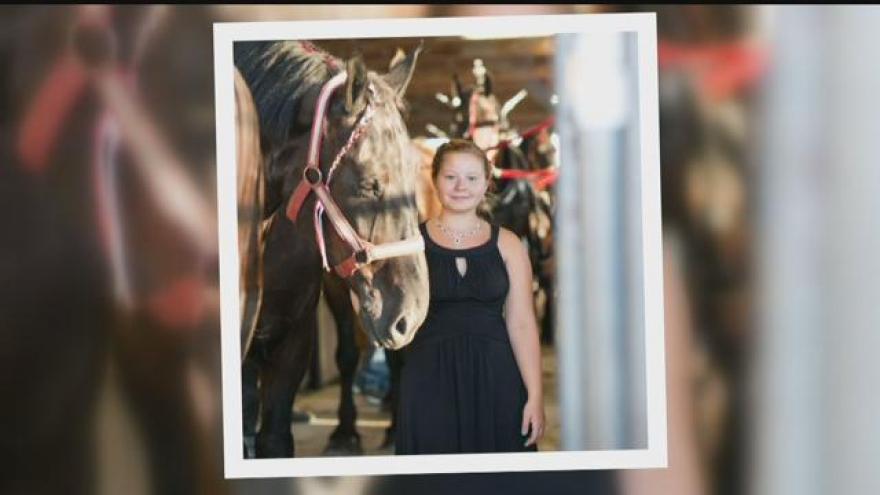 Correction: Funeral has been planned for Sunday

CBS 58 News is learning more about the 16-year-old girl who died Monday morning on her way to school when her truck crashed after hitting black ice.

Sheboygan County authorities have identified the victim as Jodeen Hinz of Adell. Her parents tell CBS 58's Jacob Kittilstad that they have been receiving messages from people across the state and beyond.

One reason for that is their daughter was extremely involved in showing horses in competitions in Wisconsin and other Midwestern states.

Kelvin Hinz said his daughter - who went by Jodi - won the overall youth award while showing horses at the Wisconsin State fair this past year.

He also said that Jodi had ridden horses since age 3 and had even started giving lessons to other girls.

Kelvin Hinz said his daughter had so much hope in her life, until the crash.

"We got the phone call about 7 a.m. from one of her friends who was following her," Kelvin Hinz said.

Jodi's passenger was uninjured but she was ejected and died at the scene. Sheboygan County authorities say black ice caused the crash that happened on County Highway U.

Jodi's parents said a salt truck was actually not far behind their daughter's vehicle. They saw it when they got there.

"She just was a happy, happy child. She was excited everyday," Jackie Hinz said.

Her father also explained one of the last things she was excited for.

"Her big things was her horse having a baby this spring. She wanted to train this horse by herself to ride, to do whatever she wanted. And not have any outside help," Kelvin Hinz said.

Now Kelvin says the training will fall to him.

The funeral is planned for Sunday. A large crowd is expected drawing both from Plymouth and Sheboygan Falls High Schools.