Black Boxes in Cars and Motorcycles. Safety Versus Privacy 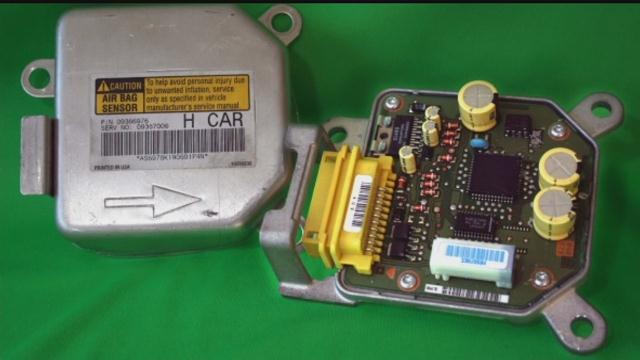 Black boxes have been in cars for several years. Now the grassroots motorcycle lobbyist group "ABATE"  is trying to put the brakes on what it calls a free for all on your driving habits.

It's pushing for a bill that would require a vehicle owner to give consent to anyone who wants the information, imposing fines of up to two thousand dollars on those who grab it without permission.

"Your information is your privacy," says Steven Panten, Legislative Director for ABATE. "Right now your privacy could be violated by anybody who has the technology to collect what's in the black boxes."

ABATE is trying to stay ahead of the curve before the devices show up in motorcycles. Right now the top manufacturers say that isn't happening. But they think they share this concern with car owners. Right now EDRS record the seconds before and after a crash but how long is that going to last.

I"t's not only the EDR." added Panten. "It's any other collection device and that's what's important about this bill. It's any data collection device either currently in your vehicle or what's coming down the road."

"We're extremely concerned about privacy," says Bill Sepic is President of the Wi Auto and Truck Dealers Association which argued against the bill that never got out of committee last year.

"If we're sharing that information with the manufacturer because your braking is having problems or your seat belt is faulty. Isn't it better to know that so we can issue a recall?"

And personal injury attorneys are sounding the alarm about insurance companies getting the upper hand while leaving plaintiff's attorneys who want to sue over injuries bogged down in court to get their hands on the data.

"I think the problem here is the bill as written would allow insurance companies to get it for other purposes," says Jason Abraham. "Not to make vehicles safer but in paying claims to charge people more money for insurance and I think it would potentially allow for abuse for them in all cases to get this information when it really isn't necessary."

The earliest the bill could be reintroduced is January of 2017. In the meantime, drivers may want to take a look at the owners manual to figure out just what's recording and when.

More than a dozen states already have passed laws restricting the use of EDR data which has steadily been used more in both civil and criminal cases.