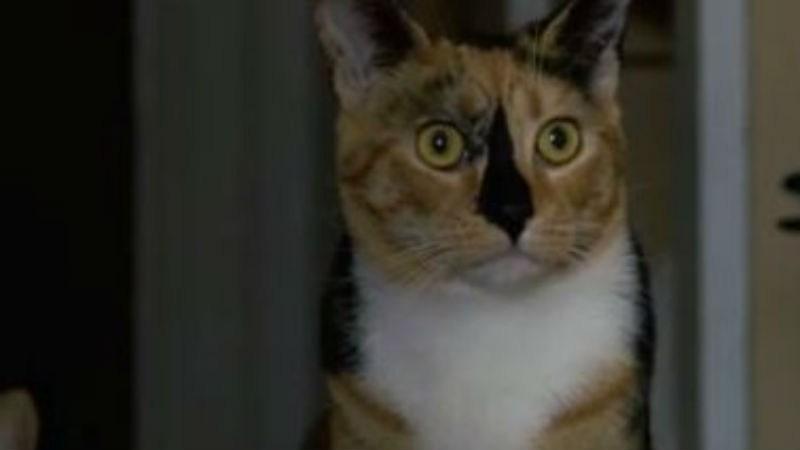 SAN DIEGO COUNTY, CA (KGTV/CNN) - A cat in the San Diego area is in line for a bionic leg and her owner hopes the kitten will help veterans who have lost their limbs.

Karolyn Smith adopted two kittens - Sophia and Leonidas - on the same day, but one of the animals came with a physical challenge. Sophia was only a few weeks old when she was found with her umbilical cord wrapped around her paw.

\"I got to the Humane Society and they said, 'Oh, she's an amputee,\" Smith said. \"I was thinking no problem, because I have friends who are amputees and I started thinking, Oh my God, I could solve this problem too.\"

Smith was an Army sergeant and the transition home from Iraq was difficult. She saw Sophia as an opportunity to help veterans who are suffering with post-traumatic stress disorder through a shared hardship.

The Department of Veteran's Affairs says 22 U.S. veterans take their own lives every day.

\"There's a problem to be solved, and we've got to figure it out,\" Smith said. \"Go play with a kitten, because I guarantee you, you pick up a little kitten and five minutes later your day, which was not so hot, is just like … aww.\"

Smith was a machine gunner, a position she said not many women held, and she hopes to use her experience to reach other veterans who may be struggling. That's where Sophia comes in and with a little research she figured out how to make it happen.

\"The purring in a cat releases oxytocin and it's actually a soothing, happy chemical in your brain,\" Smith said. \"What if you can put something in your home that's going to release this natural chemical helping whatever your therapy program is - what if that's a kitten?\"

Dogs have been filling that type of role for decades, but Smith said dogs don't work for everyone because of living arrangements, allergies and, in some cases, fear.

And Sophia has a lot in common with many wounded veterans because she's being fitted for a prosthetic.

A company called Fab Lab is making the artificial leg for Sophia and she will become for the first cat to receive to one.

After that, Smith is hopeful she can use Sophia to reach out to wounded veterans who could use her help.