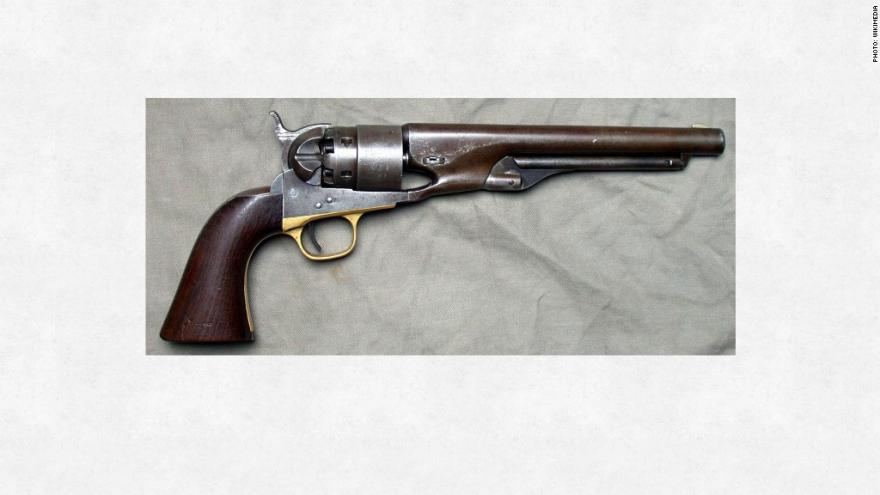 MADISON, Wis. (AP) — Felons and people subject to domestic abuse restraining orders would be allowed to own antique guns under provisions in a Republican bill relaxing the state's concealed carry regulations.

Wisconsin felons have long complained about not being allowed to own firearms, saying they should be allowed to use them to hunt. But anti-gun violence groups say the provision is dangerous.

"These are people we as a society have identified as being at high risk (of shooting someone)," said Jeri Bonavia, executive director of the Wisconsin Anti-Violence Effort Education Fund, which has registered against the bill. "The only people who would benefit from this would be people in the gun industry looking for a new market. It's very calculated legislation to increase the consumer base for firearms."

Wisconsin felons are currently banned from ever possessing a firearm. People under restraining orders often have to surrender their guns as well. The bill from Sen. David Craig and Rep. Mary Felzkowski would allow people to carry concealed guns without a permit. A clause would allow anyone prohibited from possessing a firearm to own antique guns, defined under federal law as weapons manufactured before 1899.

That would mean felons and domestic abusers subject to restraining orders could own single-shot muskets and pistols. They also could possess lever-action rifles, revolvers, early semi-automatic rifles and handguns.

The change would mirror federal law, which allows felons to possess such antique weapons if possession doesn't violate state law.

Virginia Gov. Terry McAuliffe signed a bill in March allowing nonviolent felons to possess muzzleloaders for sporting, recreational or cultural purposes. It's not clear how many other states have adopted similar legislation. The National Conference of State Legislatures doesn't track such data and a lobbyist for the National Rifle Association, which has registered in support of the Wisconsin bill, didn't return a message.

Craig did not respond to several messages left with his Capitol office staff. Felzkowski said in a telephone interview that the bill isn't meant to open up new gun markets and is simply intended to conform state statutes with federal law.

"We're going with what federal law has," she said. "If you have hate in your heart, you will find a weapon. I wish we could legislate people being nice to each other but that doesn't seem to be working out very well in our country."

Jason Johnson of Westby petitioned the governor's office for a pardon in 2010. He was sentenced to five years in prison in 1997 for shooting a man whom his then-girlfriend had brought to his house.

Johnson argued he deserved a pardon because he's stayed out of trouble since and he wants to teach his children how to hunt with a gun. Gov. Scott Walker hasn't granted any pardons since he took office in 2011, however, and Johnson said Craig's bill would restore his rights.

"Guys like me ought to be able to at least have a chance to do what they did when they grew up," he said. "My whole family hunts. They always have and always will. It kind of sucks when you're the third wheel out there. That bill is kind of a step in the right direction."

But he added the language should include some restrictions, such as allowing only felons who have stayed out of trouble to possess antique guns.

"There are people who shouldn't have that opportunity," he said.

The bill cleared the Senate's Judiciary and Public Safety Committee in September. It's unclear what might come next. Eleven of the Senate's 17 Republicans are co-sponsors on the bill but a spokeswoman for Senate Majority Leader Scott Fitzgerald didn't return a message inquiring about his support. Assembly Speaker Robin Vos hasn't committed his support yet and Walker himself has voiced reservations with the bill, saying he's comfortable with the current concealed carry permit system.

Spokesman Tom Evenson didn't respond to a message asking if the governor supported allowing felons and others prohibited from possessing guns to own antique firearms.