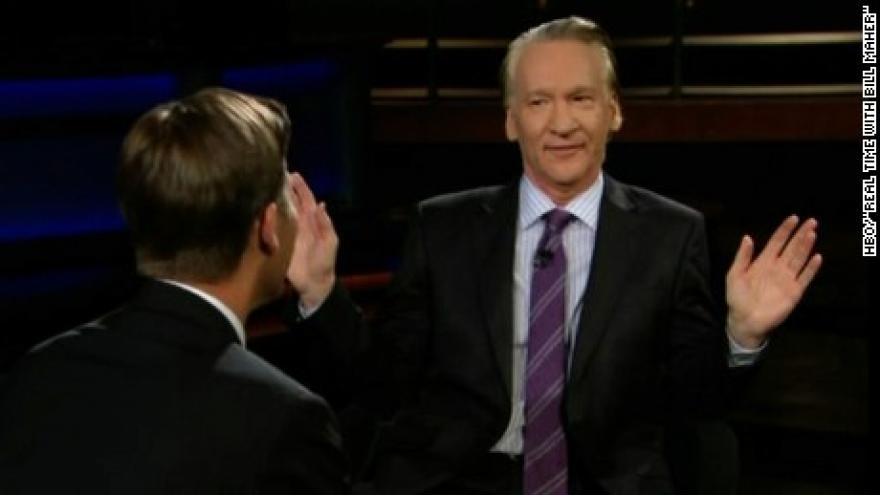 (CBSNews) Comedian Bill Maher has apologized for using a racial slur during an interview on his HBO show "Real Time with Bill Maher."

"Friday nights are always my worst night of sleep because I'm up reflecting on the things I should or shouldn't have said on my live show," Maher said in a statement to CBS News on Saturday. "Last night was a particularly long night as I regret the word I used in the banter of a live moment. The word was offensive and I regret saying it and am very sorry."

Maher sparked outrage after using the slur in an exchange with Sen. Ben Sasse, a Republican from Nebraska, when the senator encouraged him to visit his home state.

"We'd love to have you work in the fields with us," Sasse said.

Some audience members applauded the comment while Sasse kept quiet. "No, it's a joke," Maher said.

In a statement to CBS News on Saturday, HBO condemned Maher's behavior.

"Bill Maher's comment last night was completely inexcusable and tasteless," the statement read. "We are removing his deeply offensive comment from any subsequent airings of the show."

Sasse addressed the controversy on Saturday, saying he wished he had condemned Maher's comment in the moment.

"I'm a 1st Amendment absolutist. Comedians get latitude to cross hard lines," he tweeted Saturday. "But free speech comes with a responsibility to speak up when folks use that word. Me just cringing last night wasn't good enough."

The backlash was immediate on Twitter, with some users calling on HBO to cancel his show.

Maher is no stranger to controversy, and is known to make incendiary comments on race, religion and politics. The comedian lost his ABC talk show "Politically Incorrect" in 2002 after comments on the Sept. 11 attacks.

"We have been the cowards, lobbing cruise missiles from 2,000 miles away. That's cowardly," Maher said. "Staying in the airplane when it hits the building, say what you want about it, it's not cowardly."