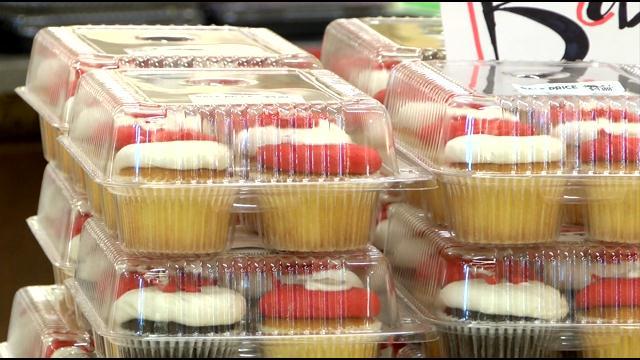 No matter if you're watching the game at home, or going out with friends, there's a lot of prep work that goes into making the celebration a good one.

When the Badgers are playing in the Final Four, all of Wisconsin becomes a sea of red. Our state is buzzing with excitement and its evident everywhere, even your local grocery store.

\"You name it, were gonna have it. We will be ready,\" said Lacroy.

People have been pouring into the already busy Pick N' Save in Wauwatosa, prepping for parties with family and friends.

\"This weekend with Easter Sunday and the Brewers coming in on Monday and with the Badgers making it to the Final Four, it's a big weekend,\" said Lacroy.

But some are prepping to serve you.

\"We shorten our menu because its easier for the kitchen. Every table is full, we have back-ups in the kitchen. And pretty much you just have people standing and you serve whomever you can get to,\" said Kayla Anders, server at Kelly's Bleachers.

\"We have people come in like hours before. You have to use your elbows and push through. Its super packed,\" said Andres.

\"Oh my God, you have to watch out where you're walking so you don't get whacked with arms everybody yells at the same time. It's like you're actually at the game,\" said Andres.

Because the fans band together.

\"Everyone is all in it together, doesn't matter if they've never met each other. Everybody acts like they came to watch the game together,\" said Andres.

As one regular puts it, on game day, we all bleed red.

\"It's nice, friendly, smack talk here and there but all in all people usually cheer for the home team,\" said Phil Zachkow.