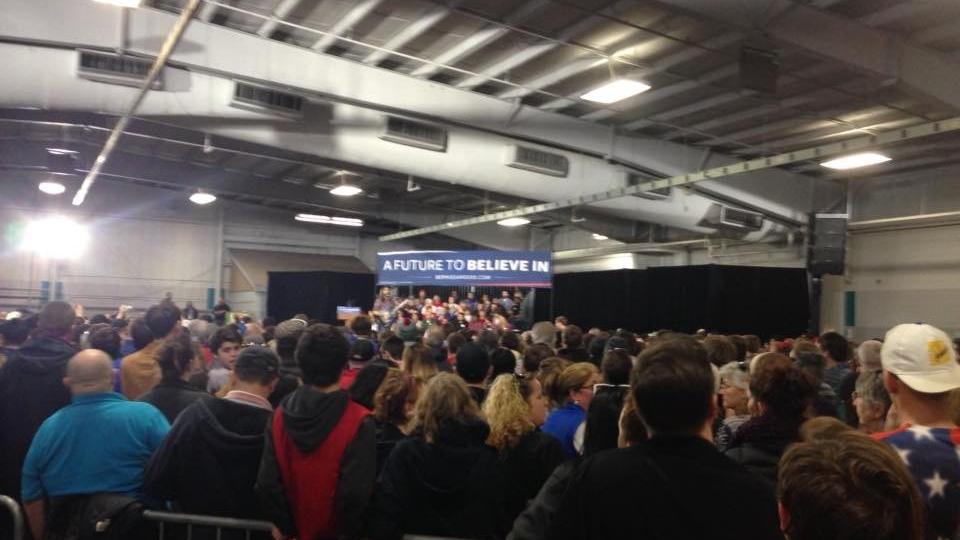 Before speaking in front of a fired up crowd at State Fair Park Tuesday, Vermont Senator Bernie Sanders said insinuations by his opponent that he's running a negative campaign have no merit.

Just one day earlier, a campaign staffer suggested that Sanders would not get a debate with Clinton in New York until his "tone had changed."

"There's nothing wrong with my tone," Sanders told CBS 58's Michele McCormack. "We're telling the truth. If there's anything I'm saying that's not truthful they should correct me."

Sanders says a win in Wisconsin could build similar momentum that his Michigan victory provided his campaign.

"We have won five out of the six last caucuses. If we win here, it will give us a lot of momentum as we go into New York.  This is a very important state for us."

Clearly invigorated by the crowd that gathered at the Products Pavilion, Sanders admitted that he was disappointed that mothers like Milwaukee's Maria Hamilton are stumping for Clinton.

Hamilton has become a advocate for closer examination of police use of force fter the controversial officer-involved ,fatal shooting of her son Dontre in Red Arrow Park.

Sanders believes his stance on gun control, in particular tightening up the gun show loop hole, is among his top priorities.

"We can't go on like this my friends," Clinton told the crowd at Tabernacle Baptist Church which held the memorial for Sierra Guyton.

She was the young girl killed by stray gunfire. One of three child murders that rocked Milwaukee during a year when its homicide rate spiked.

"We average 90 deaths a day to gun violence," Clinton said. "That's 33,000 thousand a year. If a disease was killing 33,000 thousand people a day, we'd say we should come together and say how would we deal with this. How do we save lives?"

Clinton and Sanders have also sparred over his call to make public colleges and universities available to all.

The Clinton campaign says the proposal of free tuition is impractical because a Democratic President could never get the cooperation of a Republican Governor to contribute at the state level.

"I maintain that college tuition should be free," Sanders said Tuesday night.

He says today a college degree is the equivalent of what a high school degree was 40 or 50 years ago.

"In terms of funding, if the state of Wisconsin under Scott Walker, refused to put in the matching funds, kids from Wisconsin would go elsewhere. That is not what the people of Wisconsin want. I'm not sure they would demand that the government here work with us to make sure public colleges are tuition free."