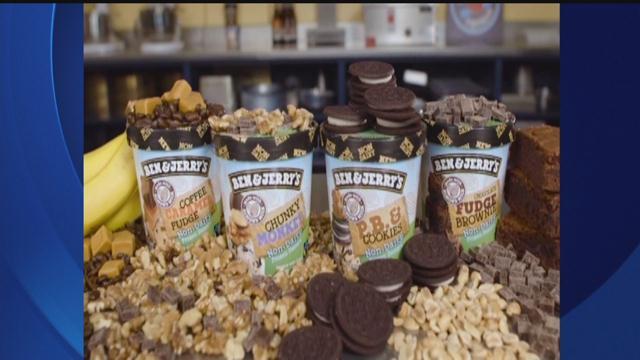 All four flavors have a creamy texture, similar to ice cream. Instead of dairy, the treats are made with almond milk and coconut oil.