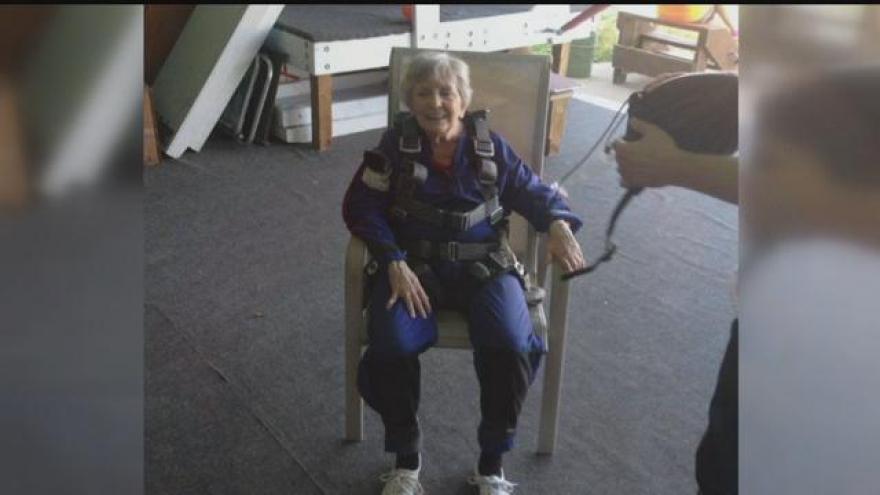 She spent decades as a fifth grade teacher in Racine and now her former students are showing their love and support as Leslie Sobota  battles ALS, or Lou Gerhig's disease.

ALS is rare in women, especially older women, so Leslie Sobota was shocked when she got her diagnosis in 2015. But with no specific guarantee on when she would die-she decided to live with more spirit than ever before.

"I loved teaching. Where else can you go and talk all day in front of a captive audience?" said Leslie.

But the thousands of former students love her for more than that, remembering her sense of humor and willingness to take up for them.

"I would tell the principal what you did was wrong," she said.

And now those students are rallying around her as 71 year old Sobota races to check off every item she can on her bucket list.

In the past year Leslie's also shot a gun.

"I just wanted to see if I could hit that paper target and I could," she said.

She's flown a plane and jumped out of one.

"You're not supposed to jump out of a plane but this time I was. It was a lot of fun," she said.

With her husband Drew by her side as her health slowly deteriorates.

"It sucks but what alternative do you have?" he said.

But with one more reunion with her students this fall, Leslie says she loOKs death in the face, knowing she did what she came here to do.

"It really isn't ok if I die but I will have fulfilled my living and what I wanted to do and will die with my undone things," she said.

The Sobota's are hosting their own ice bucket challenge on August 20th at Racine's Yardarm Grill. At the event, well-known community members will have ice dumped over their heads. It's all an attempt to not only raise money for the Wisconsin ALS chapter, but it also is a way to raise awareness about the disease. Most importantly, Leslie hopes it will be an opportunity to see all of her former students and friends from the Racine Theater Guild.

You can also donate here: https://www.gofundme.com/284j3ys