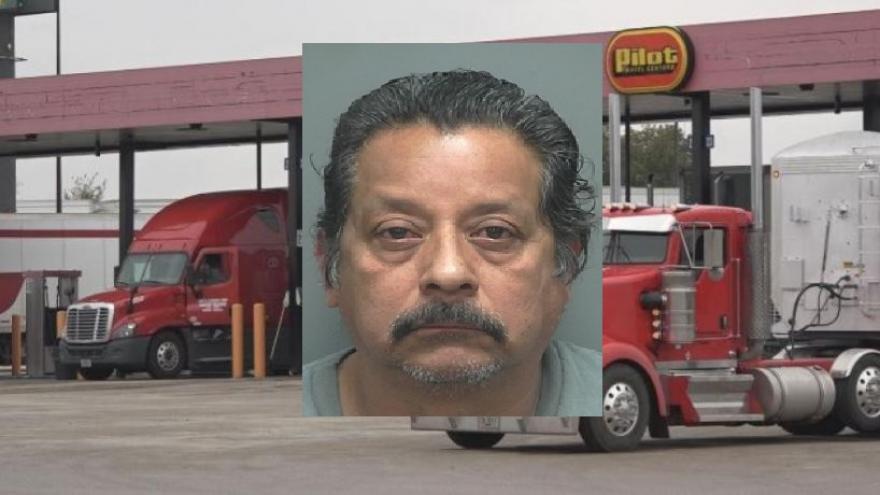 TOWN OF BELOIT, Wis. (Channel 3000) -- The Beloit man accused of hiding a corpse said he was having sex with the woman when she died, according to the criminal complaint.

Marco Rodriguez, 50,  told police that 27-year-old Nakiela Thompson had texted him the night of her death to pick her up at a park in Beloit. Rodriguez said he had been meeting up with Thompson for the previous two months and paying her $20 to have sexual intercourse with him, according to the complaint.

After he picked Thompson up, Rodriguez said he took her to R & D Tire Shop, which is owned by his brother and where he is currently employed.

Rodriguez said when they arrived, they went to his bedroom and began to have intercourse. He said that Thompson was "acting strange," and began to gasp for air with foam coming out of her mouth.

He said they stopped having sex, and Thompson stopped breathing.

Rodriguez told police that he panicked and began dressing her, before loading her into the back of his truck and wrapping her in a tarp. He then drove her to a truck stop and dumped the body.

Rodriguez also admitted that he disposed of Thompson's personal property, including a purse and its contents, cell phone and shoes in a dumpster at the tire shop.

Police believe suffocation was the cause of Thompson's death. They also said that cocaine could have been a factor.

Thompson's body was found with bruising all over her face and a sutured laceration on her forehead, according to the complaint.