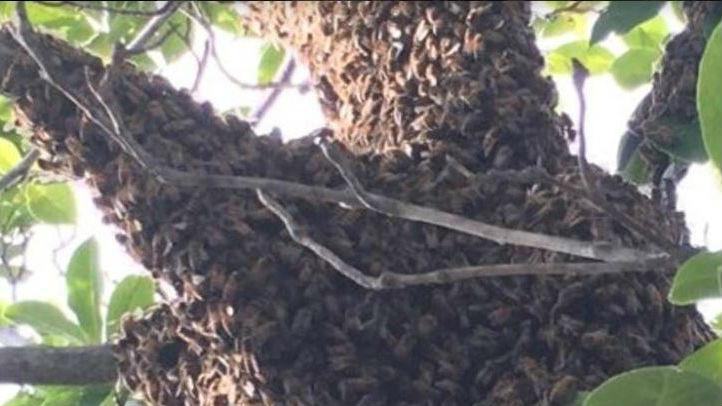 (CBSNews) LOUISVILLE, Ky. --Muhammad Ali was a man of many words, but few were more famous than his boast that he would "float like a butterfly, sting like a bee" against George Foreman in 1974.

It appears the bees themselves may have heard him.

On Sunday, across the street from the late boxing legend's eponymous center in his hometown of Louisville, a swarm of bees settled into a tree next to a mural bearing one of his most famous quotes,reports CBS affiliate WLKY.

Beekeeper Kevin McKinney told WLKY there were about 15,000 bees in the swarm.

The beekeeper said he's been tasked with handling eight swarms so far this year, but none yet near the Ali memorial.

"The irony is not lost on me at all," McKinney said.

Ali's boyhood home in Louisville, which bears a historical marker, has become the epicenter for people wishing to pay tribute to the champ. Locals and visitors have been pouring in, leaving flowers, balloons and boxing gloves in tribute.