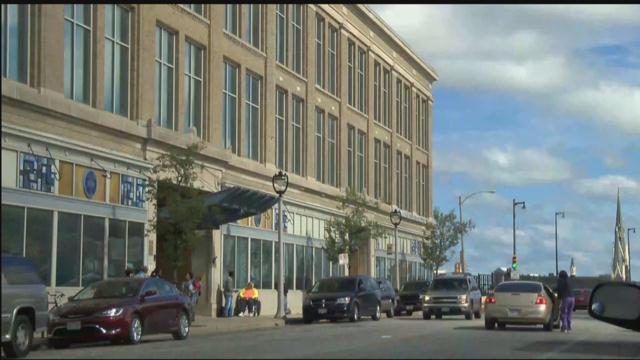 City of Milwaukee inspectors confirmed Friday that a government office building is home to a bedbug problem.

The Marcia P. Coggs Center houses several government agencies. It continues to be business as usual, however, as there was heavy foot traffic during the afternoon.

A food vendor selling brats and sausages set up across the street from the entrance of the Milwaukee County Human Services area. Getting a quick lunch with her kids Andrella Jackson said she has an expectation the facility is clean.

"It should be, knowing that kids and everybody are coming in here," Jackson said.

But doubt has been cast on hygiene following a release from the Department of Neighborhood Services.

Its inspector says an extermination group found a bedbug hotspot in a cubicle. The inspector describes it being near a waiting room.

Full treatment of the building is happening this weekend. Until then pheromone traps have been laid out, according to a press release.

Visitors, already seeking assistance through Milwaukee human services, said it's just one more thing to worry about - and they don't know how they would handle it if they brought bedbugs home.

"I got three and that's going to be a lot of work because I gotta replace beds, covers, and everything else I got," Jackson said.

An exterminator actually brought in a bedbug-sniffing dog to find the hotspot. They report finding finding no "live" bedbugs - the few they found were dead before they got to the building.