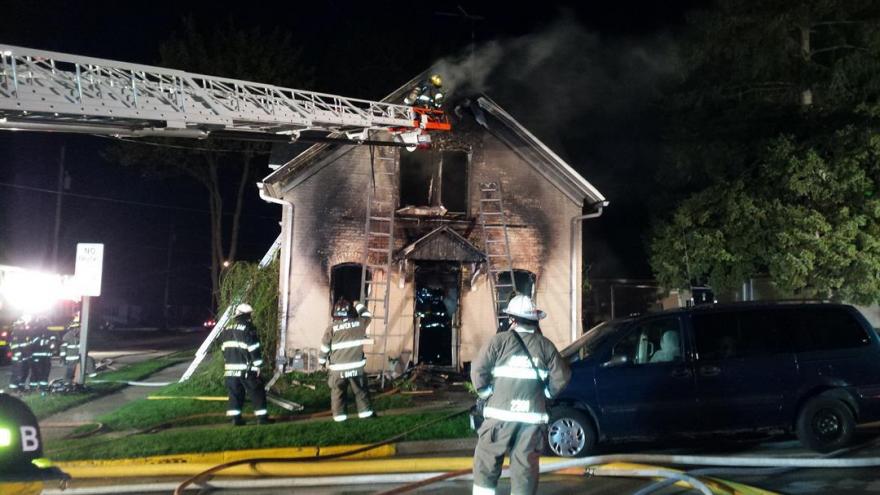 Beaver Dam Fire Department was called out to a house fire on Chatham Street early Wednesday morning. Firefighters were told one person was still inside but when they got there the woman had already gotten out.

She told fire crews she jumped from the second floor balcony. A neighbor across the street heard cries for help. She ran over and reach up to help her down.

Fire officials said people should try and use the stairs and doors.

\"But in this case that was impossible, the flames were going up the staircase. She did try to get out the front door but as she approached the staircase she was met with heavy smoke and flames. She opted for the porch balcony on the second floor,\" said Fire Chief Alan Mannel.

Crews had the fire out within 20 minutes. The woman did not need to go to the hospital and is expected to be okay. The contents inside the home are a total loss but the structure is repairable.