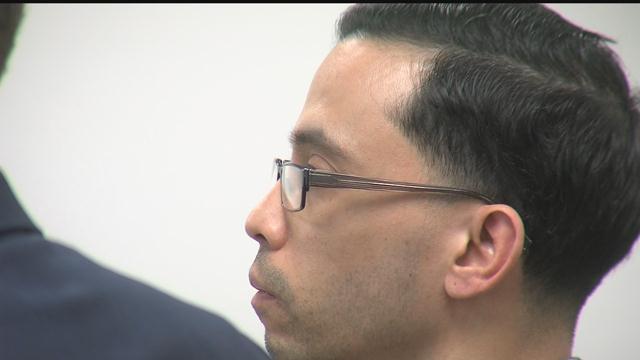 A local beauty school instructor has been accused making unwanted sexual advances toward one of his students.

But, the attorney for Jose Martinez, III, said his client is a good man and a good husband.

"He is not guilty of these baseless claims," said Patrick Ritter.

A student at the VICI Beauty School in Glendale said Martinez, an instructor, victimized her.

The victim told authorities she was taking a test when Martinez "began to rub her leg." After showing her explicit pictures on his phone, she said Martinez "rubbed his penis against her hand" which was at the edge of the desk.

Court documents state he invited the student to his car saying it would be "their little secret."

"It's still very early," Ritter said. "We still don't have all of the facts in front of us. We'll be learning more as we get the police reports."

VICI officials told CBS 58 that Martinez was an employee for about two years. They suspended him as soon as they heard the allegations, saying the "school always takes the safety and security of its staff seriously."

Ritter said Martinez and his wife are expecting their first child together.

The 39-year-old is out of custody on a $1,000 signature bond and is due back in court in January on fourth degree sexual assault charges.