NOW: Bay View residents say nothing is being done to prevent crime in apartment lot

MILWAUKEE (CBS 58) – Bay View residents are fed up. They say after several car break-ins, nothing’s been done to prevent more crime from happening in their apartment complex parking lot.

In December, property managers told CBS 58 News that surveillance cameras were ordered, but as of late February the cameras are still not up and it’s leaving residents annoyed.

“It's really frustrating being lied to,” Resident Madeline Ostrander said.

People living in the apartment complex at 2867 Kinnickinnic in Milwaukee have had their car windows broken and their property taken.

“If there is a break-in you get no proof of what happened,” Ostrander said. “It’s frustrating, it costs money, and he doesn't seem to care.”

Many residents hoped the cameras would deter crime.

A tenant forwarded CBS 58 an email from Enigma Properties that was sent almost ten months ago on May 1st.

It says in part:

We have ordered cameras for the parking lot to help protect and hopefully prevent break-ins from happening to residents. Once the equipment comes in, we will begin the installation. 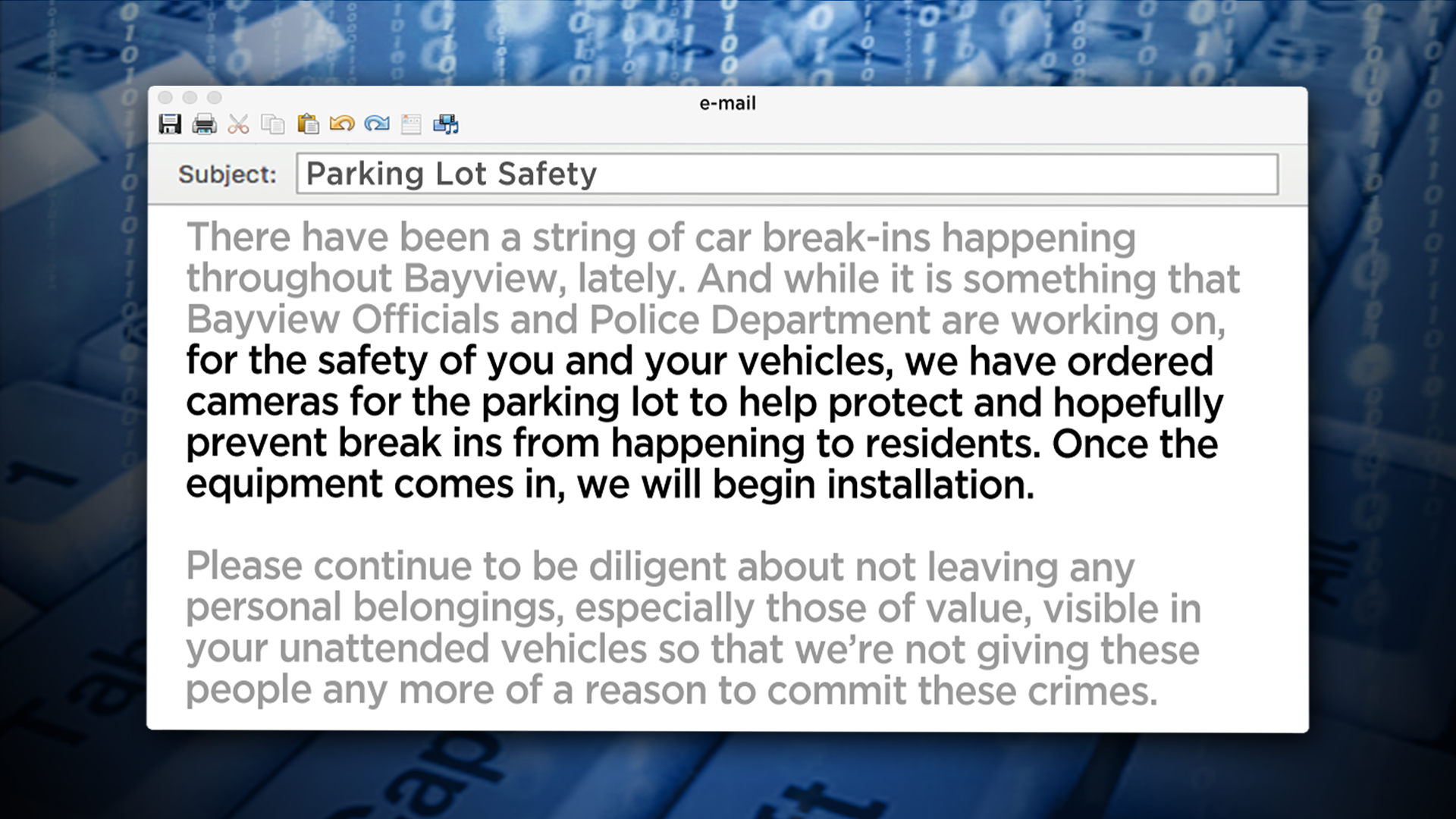 CBS 58 News called Enigma Properties Tuesday and asked if they could tell us what the holdup was. The manager said,” no, it’s not worth my effort.” When we asked if the surveillance cameras would be put up soon, he responded, “they’re still going to be put up.”

It’s an answer that’s not pleasing residents who’ve been waiting almost ten months for cameras to be installed while their cars are being broken into and their wheels taken during the wait.

Several people tell CBS 58 they are planning on packing their bags when their leases are up.

“I think we're definitely moving once our lease is up,” Ostrander said. “It's not a good way to get people to renew if you can't get your stuff together in the year that  people are signed on here.”

Residents have also said the building is supposed to be smoke-free according to their lease, but some tenants smoke inside and say management doesn’t enforce the rule.