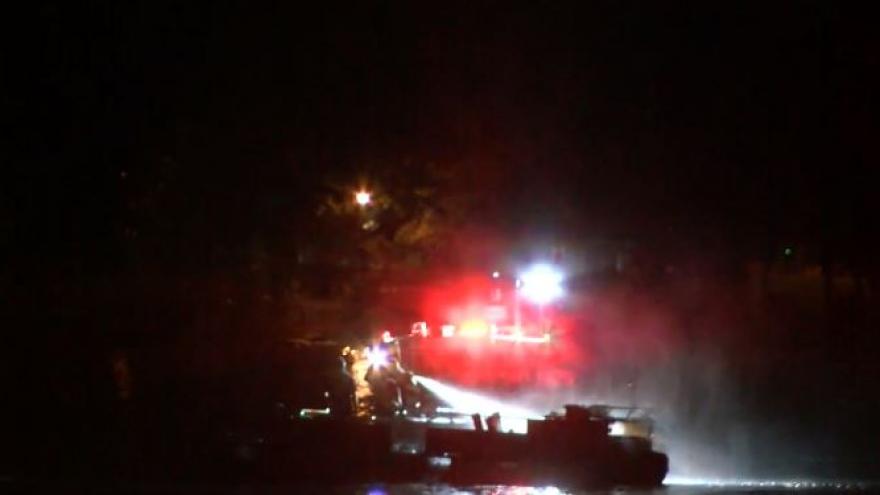 The barges, which were unmanned and controlled remotely due to safety reasons, caught fire at around 10:15 p.m. on the Fox River near the Brown County Fairgrounds.

According to De Pere Fire Assistant Chief Rich Annen, the contractors for the fireworks company weren't able to quickly extinguish the fire, so the De Pere and Green Bay Metro Fire Departments were called in for help.

The barges have since been towed out of the river and no injuries were reported.