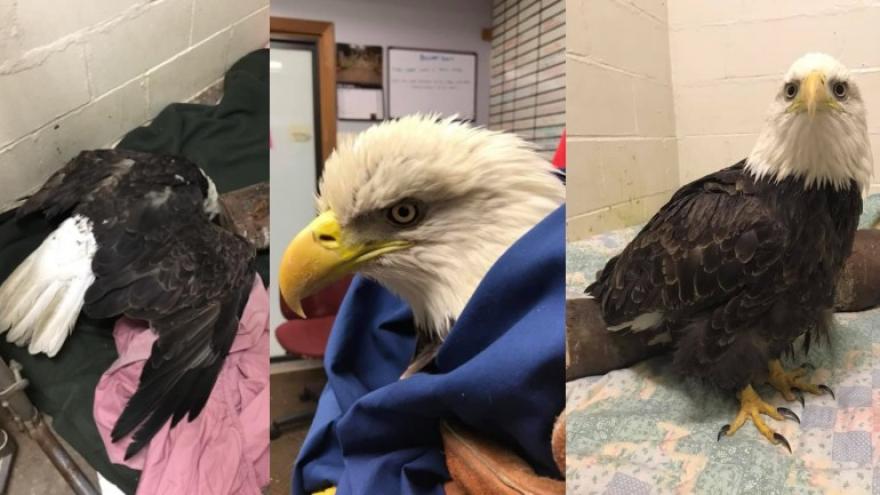 MINOCQUA, Wis. (CBS 58) -- A bald eagle in Wisconsin was found to have lead toxicity levels over four times the level allowing it to function.

According to a post from the Northwoods Wildlife Center, the eagle was found "lying face down" because she no longer had any strength to hold her head up.

NWC spent three weeks taking care of the eagle. They were able to feed her through tubes and subcutaneous fluids and "were able to get her to a point where she could perch and muster small grunts of protest."

Sadly, the eagle was not strong enough to overcome the lead toxins in her body. Over time, NWC says the lead leeched into the blood system, and slowly weakened the bird.

NWC is using the incident as a teaching moment.

According to NWC, bald eagles are scavengers of deer carcasses and they often eat fish. The eagle, inadvertently, ingested prey which included discarded lead.

NWC said this can be avoided by switching to lead-free bullet options, and by packing out what you bring into the wilderness especially in regards to fishing tackle.

According to NWC, just one lead split shot is enough to kill a loon weighing nearly 12 pounds.

"Hunting and fishing are such important parts of our culture and economy and although we support these initiatives, we think it can be done in a more responsible way," NWC said in the post.