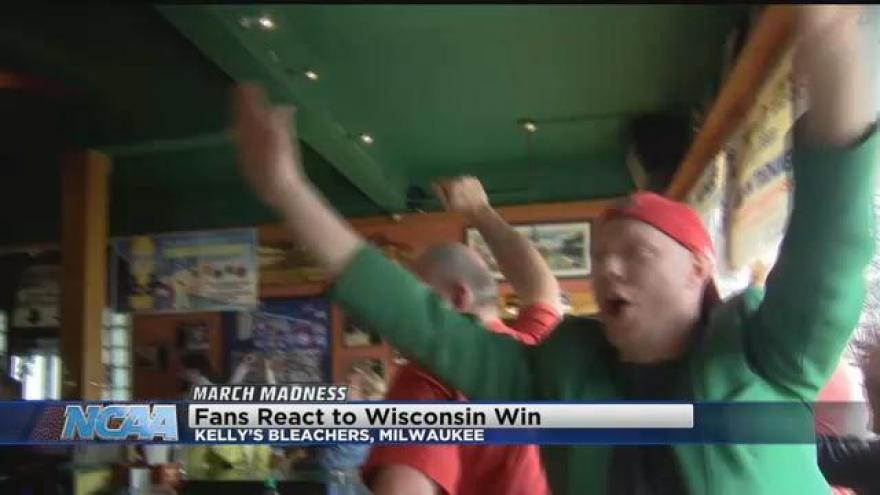 The Wisconsin Badgers defeated defending champions Villanova 65-62 Saturday afternoon and the party is just getting started in Wisconsin to celebrate the victory. It was a back and forth game ending with a huge finish for Wisconsin.

Fans at Kelly's Bleachers were going crazy as the Badgers hit shot after shot down the stretch and despite the Badgers underdog status, fans CBS 58 spoke with were confident from the opening tip that the Badgers would win.

"They can hang with them. Marquette beat them, Wisconsin certainly can!" said Jon Hein before the game.

Fans came out in huge numbers to watch the game cheering frequently as Wisconsin controlled the first half. The second half was a different story as nerves settled in for fans when Villanova took the lead but a strong finish by the Badgers ended with a huge win and they are off to the Sweet 16.

"I didn’t think they could beat Villanova, I really didn’t. And then as we got toward the end of the game, it was like wow! They could actually do this," said Tim Kleinschmidt.

"Hey we made it to the Sweet 16 again, so you gotta hand it to Greg Gard to keep the Wisconsin sweet sixteen tradition going!” said Alex Spurlock.

Wisconsin is now off to the Sweet 16 to play either Virginia or Florida and the early prediction from fans at Kelly's Bleacher is another Badgers victory.