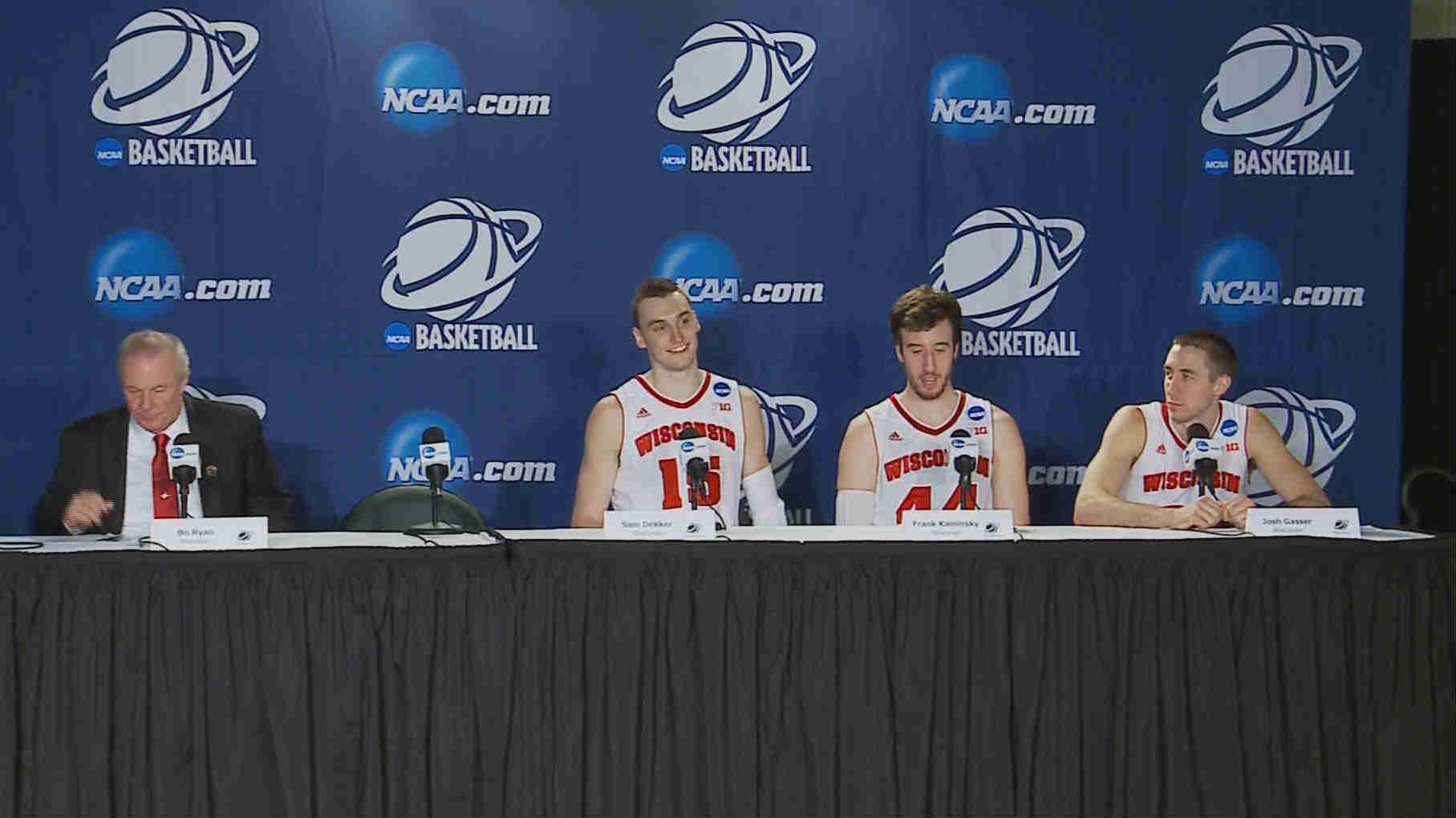 The Badgers Men's Basketball team advances to the Elite Eight for the second straight year in the NCAA Basketball Tournament.

As CBS 58's Kevin Holden put it, Wisconsin skated on the edge of ouster, trailing for 11 minutes straight in the second half.

\"We just had to figure out how they were playing defense,\" explained forward Frank Kaminsky. \"I think a lot of it had to do with us get stops and taking away their transition. Once we were able to do that it was a good game for us.\"

The numbers that count are when the clock goes to zero and it went Wisconsin's way 79-72.

\"Coming out of halftime, no one wants to go home,\" Kaminsky told reporters after the game. \"We're playing this season, this is my last go around. I was just going to give it my all going into the second half.\"

Free throws were the big difference.

Overall, the Badgers hit 8 more free throws and they won by 7 points.