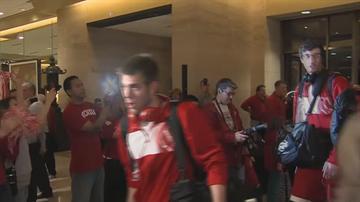 DALLAS-- The Badgers arrived in Dallas Wednesday for their final four appearance.

They were greeted at their hotel by cheering fans.

The Badgers are gearing up to take on the Kentucky Wildcats Saturday.

This is the Badgers first final four appearance since 2000.

CBS 58's Michele McCormack, John Cuoco and Earl Arms are all in Dallas.

They will have live reports every day on all the action.