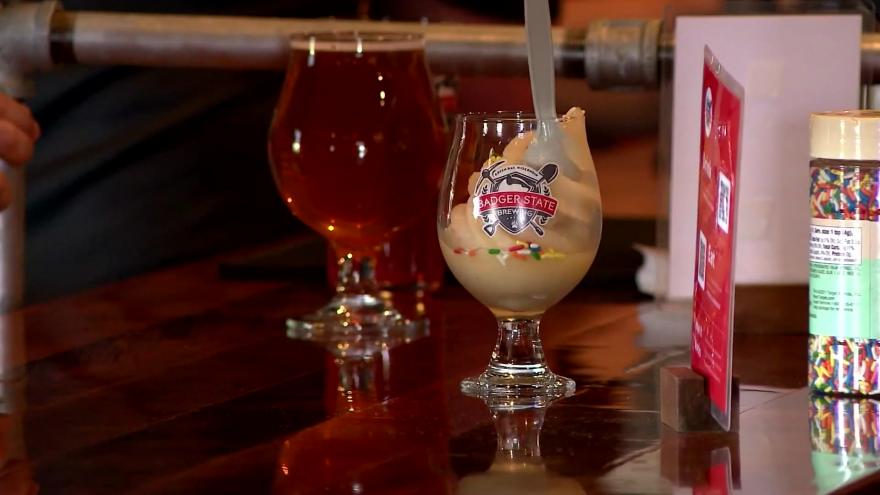 GREEN BAY, Wis. (CBS 58) -- A beer-infused ice cream is now on tap at a Wisconsin brewery.

The Badger State Brewing Company in Green Bay has expanded over the last seven years. So, the brewery said the logical next step was to get creative with their beer, especially to try and appeal to people who aren't sold on craft beer.

"We're always looking for new innovative ways to kind of get customers in the door," said Jennifer Radloff, Entertainment Director of Badger State Brewing Company. "Despite this being kind of a beer-centric area of Green Bay, some people still are not quite sure on craft beer, or kind of still assume that it's like IPA's, so we decided to bring in a frozen ice cream machine."

You'll still need to show an ID to prove you are 21 or older when ordering.

While the ice cream is perfect for warm summer days, the plan is to keep the ice cream around even when the temperatures cool off.