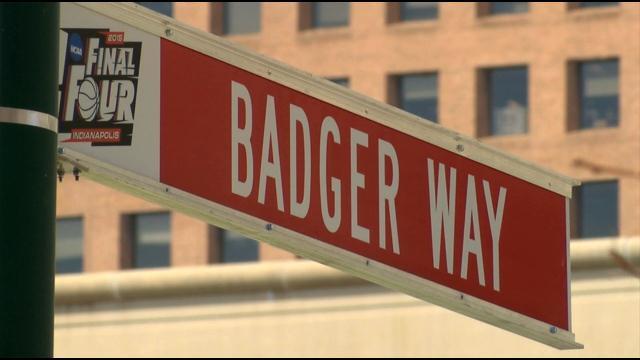 Most Badger fans heading to watch the team at the Final Four will arrive in Indianapolis on Friday, but for most, they've been waiting all year for this weekend.

The Staffon family from Brodhead signed up for tickets to this year's tournament just days after the team's disappointing overtime loss to Kentucky last year.  13-year-old Jacob Staffon says this year's game is going to go a lot differently.  He's predicting a 78-50 Badger win over the undefeated Wildcats.

As more and more UW fans roll into Indy, confidence seems to be growing among those already in town.  Garrett Wolff, a member of the UW Marching Band, says he's looking forward to helping unite a fan base under one goal Saturday: Beat the boys in blue.

The Badgers take on Kentucky Saturday at 7:49 p.m. at Lucas Oil Stadium.