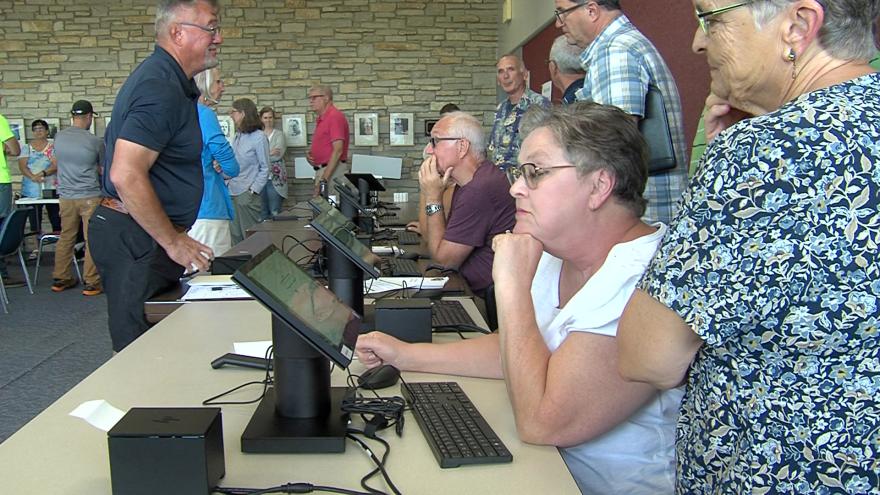 WAUWATOSA, Wis. (CBS 58) -- Electronic poll books, known as Badger Books in Wisconsin, are gaining popularity across the state, with Wauwatosa the latest municipality to join the trend of new election technology.

During a training session at Wauwatosa City Hall on Friday, July 22, Melita Biese was among the poll workers testing out the new electronic poll books. Biese, who has been a poll worker and now a chief inspector for a decade, admitted new technology is not her forte.

"I still call on the phone my 5-year-old grandchild when I want to do Facetime, and she walks me through which computer buttons to press," Biese said. "Despite that handicap, I found that the Badger Books were very easy to learn, to access and again, to make things more smoother, more accurate, more transparent for our voters."

"There's multiple benefits to this, for the voter, for the poll worker, for the clerk's office as well," Wauwatosa City Clerk Steven Braatz told CBS 58.

"It actually tells the poll worker what to say to the voter, so in this case it says 'please state your name and address,'" Braatz explained when giving a demonstration of how the Badger Book works.

Poll workers are able to scan necessary IDs like driver's licenses and verify the information.

Once that's done, a voter signs with an electronic signature on the Badger Book screen and then a ticket is printed out. The voter takes that ticket to another table to get their ballot and proceed to vote.

The Badger Books are not connected to the internet, only to a private router. Officials said this prevents any tampering with data. No voting is done on the machine.

Wauwatosa spent $62,000 for the machines and will use them for the first time with the public for the Aug. 9 primary.

Braatz said the savings on staff work hours alone will make the purchase worth it.

"The clerk's office has had to spend a significant amount of time, weeks' worth of time entering in voters' election participation into our state system," Braatz said. "With Badger Book, all we have to do is plug in a jump drive and it's uploaded in 10 minutes."

More info on Badger Book can be found on the Wisconsin Elections Commission website.