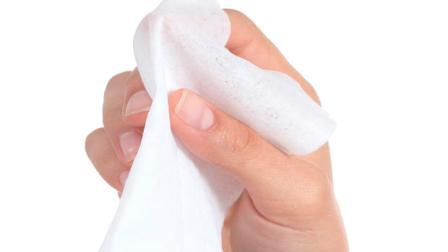 The U.S. Food and Drug Administration has issued a recall alert about potentially dangerous baby wipes because they could contain a harmful bacteria. The wipes were manufactured by Nutek Disposables, Inc., a Pennsylvania company. The wipes were distributed nationwide to retailers including Walgreens, Sam's Club, and Family Dollar stores. The recalled wipes were sold under the brand names Cuties, Diapers.com, Femtex, Fred's, Kidgets, Member's Mark, Simply Right, Sunny Smiles, Tender Touch, and Well Beginnings.

Earlier this month, The FDA began receiving complaints of odor and discoloration involving the wipes and launched an investigation. Lab tests found a bacteria called Burkholderia cepacia in some of the wipes. According to the FDA, Burkholderia cepacia poses little medical risk to healthy people. However, people who have certain health problems, particularly cystic fibrosis, may be more susceptible to problems.

The FDA says Nutek received complaints that include rash, irritation, infections, fever, gastro-intestinal issues, and respiratory issues, but those symptoms have not been confirmed to be related to the bacteria. Nutek has not identified what caused the contamination but reports there is an investigation.

Shoppers who bought the wipes should return them to where they were purchased. Retailers will supply a full refund. Consumers with questions may contact Nutek at 1-855-646-4351, Monday through Friday, 9:00 AM - 3:00 PM CT.