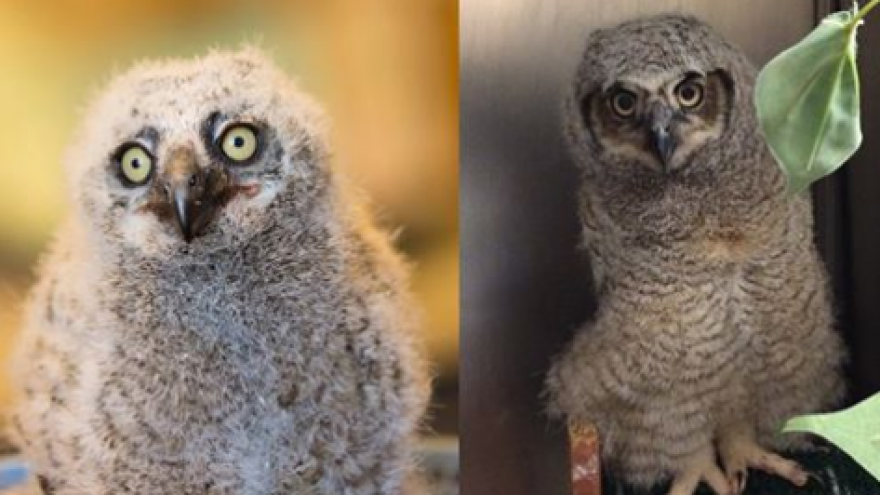 MILWAUKEE - You might remember the story of the baby owl blown out of its nest during last month's windstorm. He's now been released back to the care of his parents.

According to the Wisconsin Humane Society, the Great Horned Owlet arrived at their Wildlife Rehabilitation Center on March 8th after falling 40 feet out of his nest on a windy day.

Licensed rehabilitators realized that returning him to his parents immediately was not a good idea. For one, the owlets parents built their nest on a tall tree where workers wouldn't be able to safely climb. A tree built by rehabilitators in a lower nest was also not an option seeing as how the owlet had a sibling in the higher-up nest and mom wouldn't be able to keep two babies in two nests warm and dry.

The owlet received great care and finally became big and strong enough to return to his family. On April 1st, rehabilitators with the Wildlife Rehabilitation Center at WHS put the owl about 30 feet up in the nest tree. Although his parents and siblings cast disgruntled looks towards workers, it was a smooth transition.

The Wildlife Rehabilitation Center at WHS stated that \"Your support makes second chances for wildlife possible. Thank you!\"