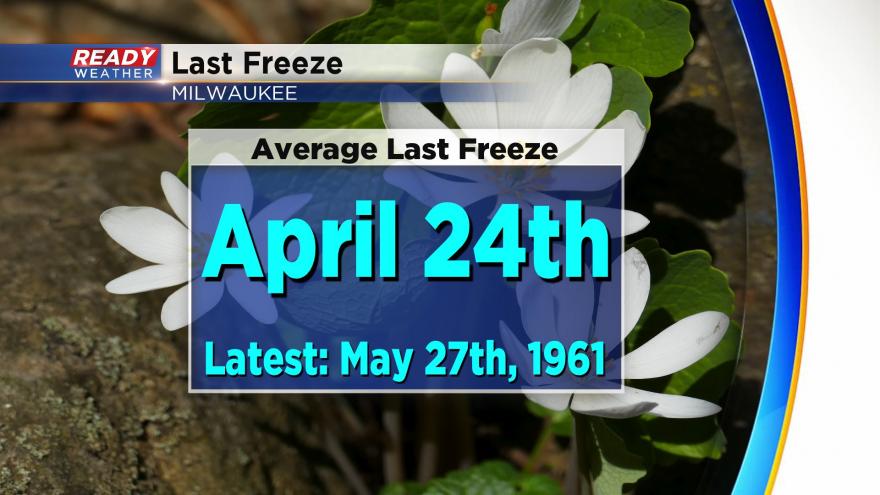 As the end of April approaches, another end of winter milestone is about to be crossed off the list! April 24th, marks the average date of Milwaukee’s last freeze of the season (temperature of 32 degrees or colder). 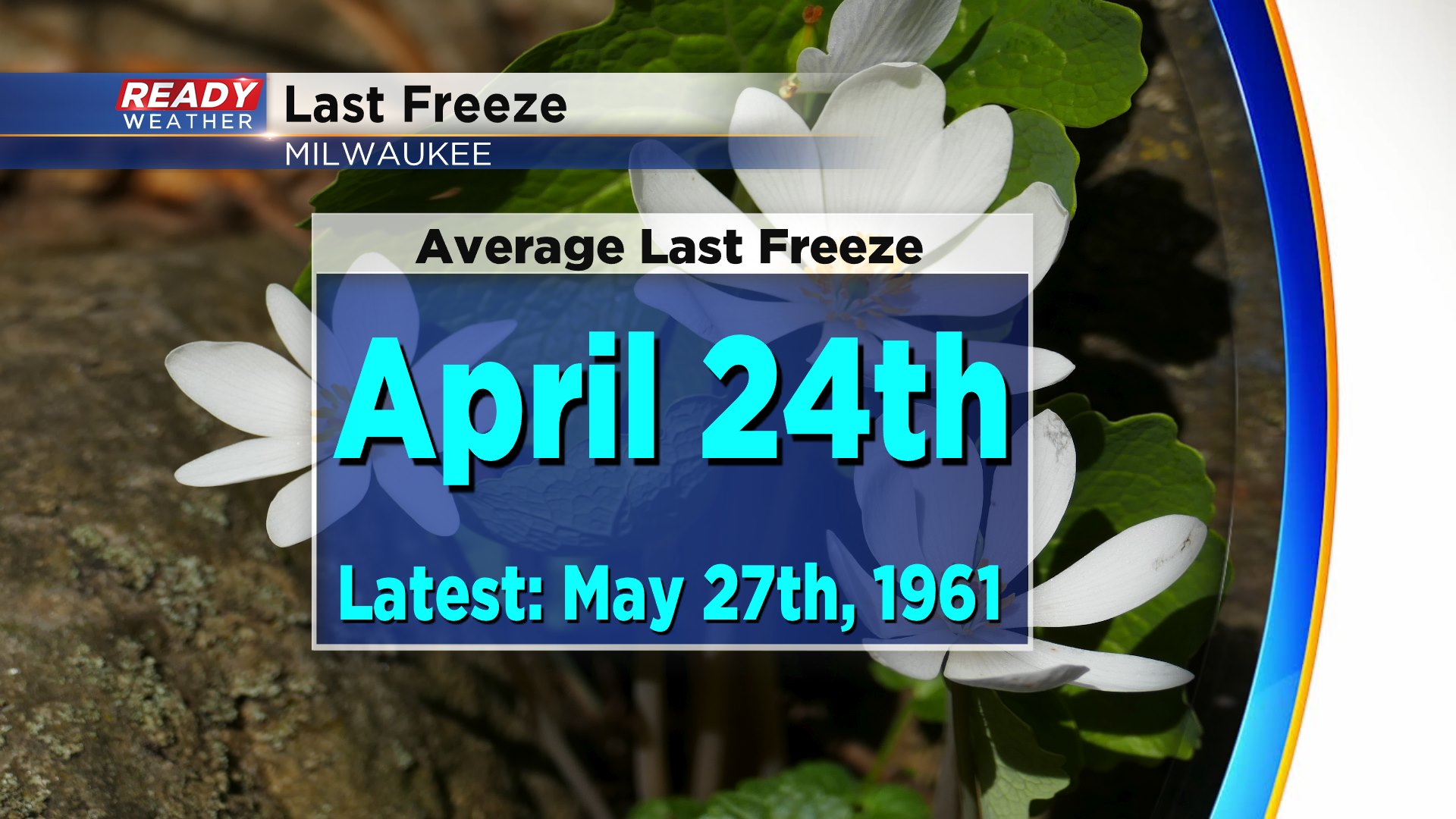 The latest date Milwaukee has ever experienced a freeze was on May 27th, 1961 when the temperature fell down to 29 degrees. Experiencing below freezing temperatures in May isn’t uncommon, but it primarily happens during the first half of the month, which is why most people wait until after Mother’s Day to plant outside. 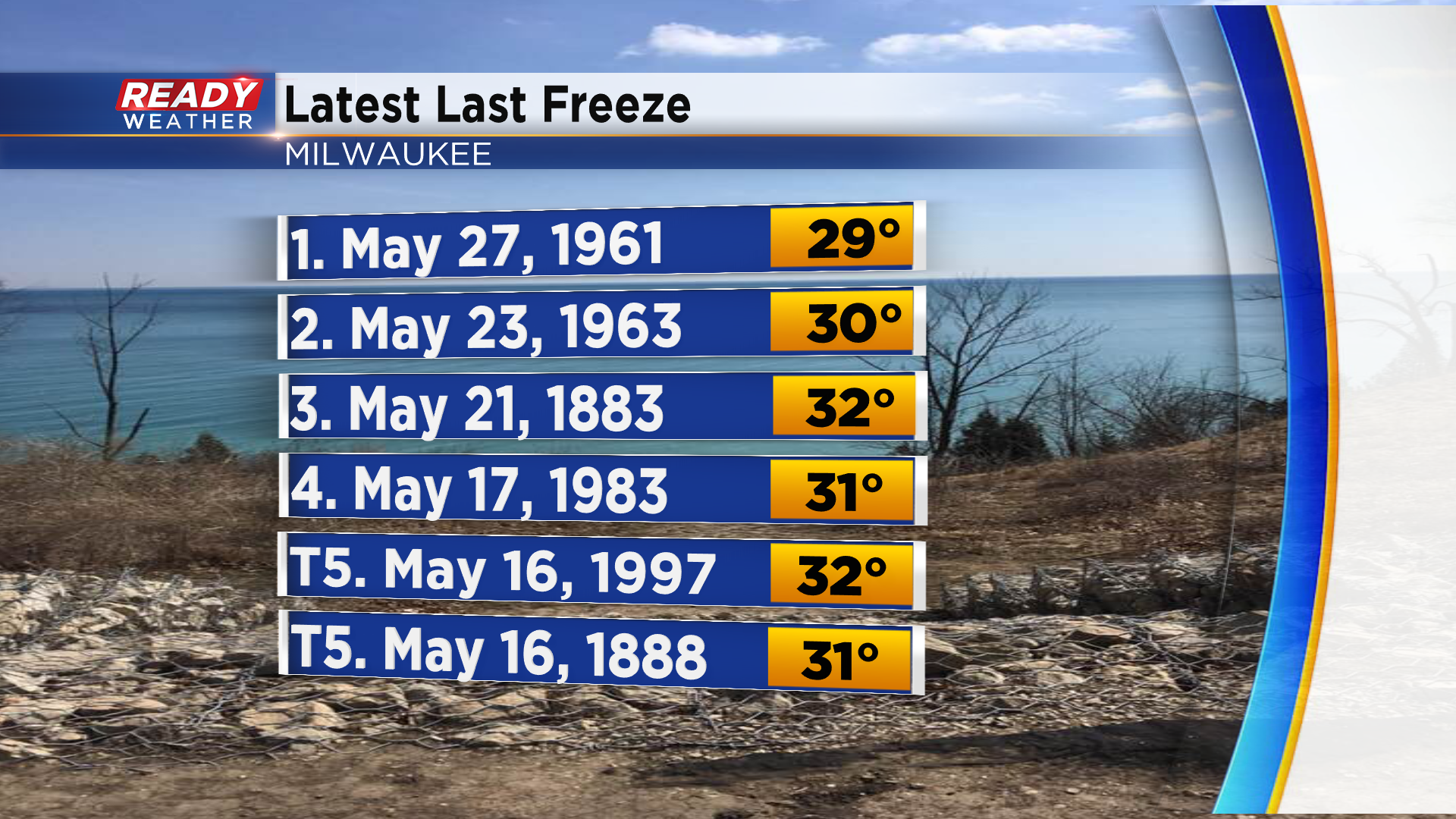 On average, a little over half of southeast Wisconsin experiences it’s final freeze between April 21st-30th. Areas farther north and away from the lake usually experience their final freeze during the first ten day of May. 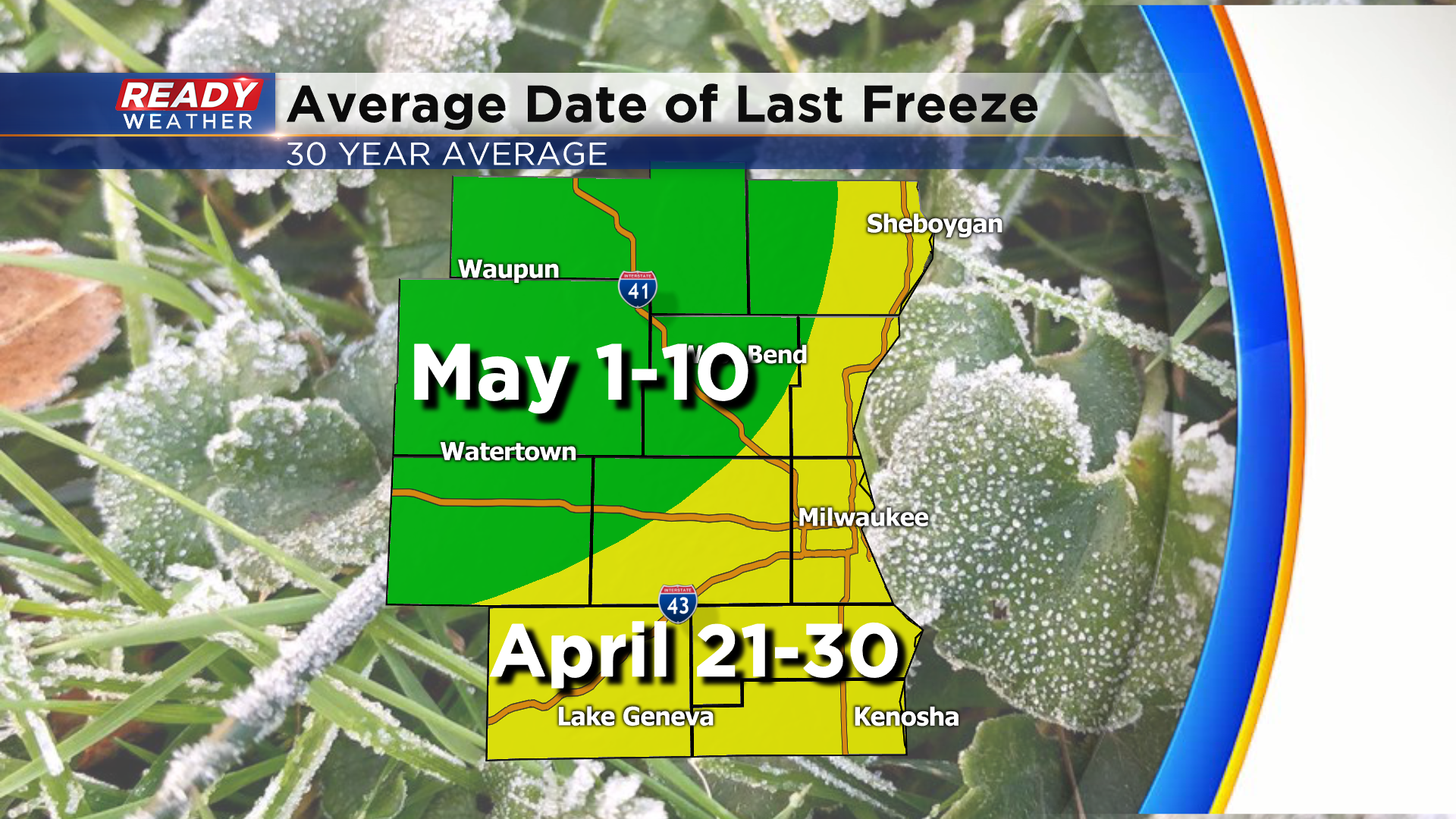 Over the last 5 years, Milwaukee has primarily experienced it’s last freeze near the end of April, but in 2017 it happened on March 29th, which tied for the earliest final freeze on record for Milwaukee (also happened in 1878). 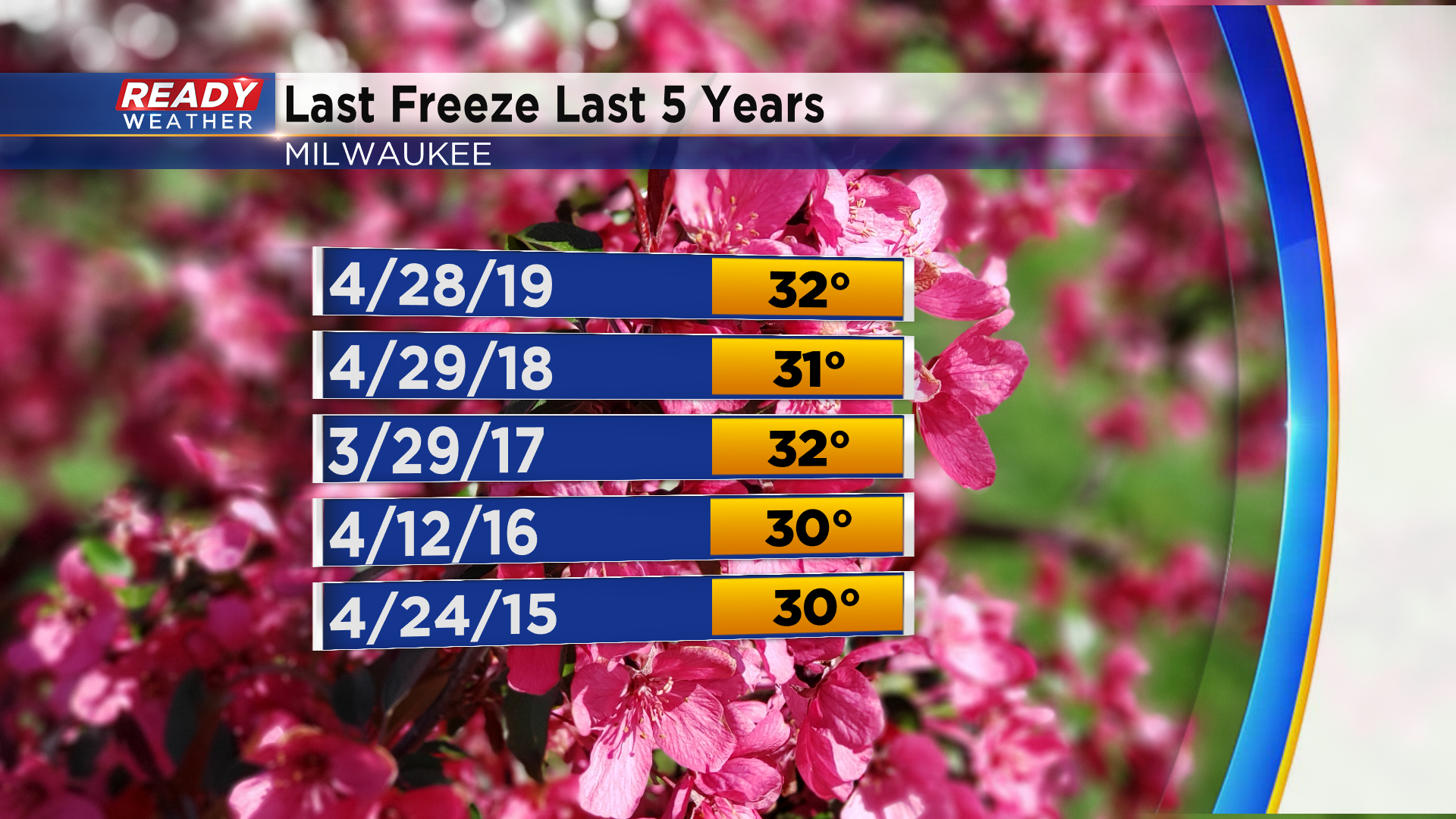 Falling into the 30s at night is common for most of April, but only 6 nights this month have fallen below freezing. The last time Milwaukee fell below freezing was on the 16th when the temp dropped to 26 degrees. 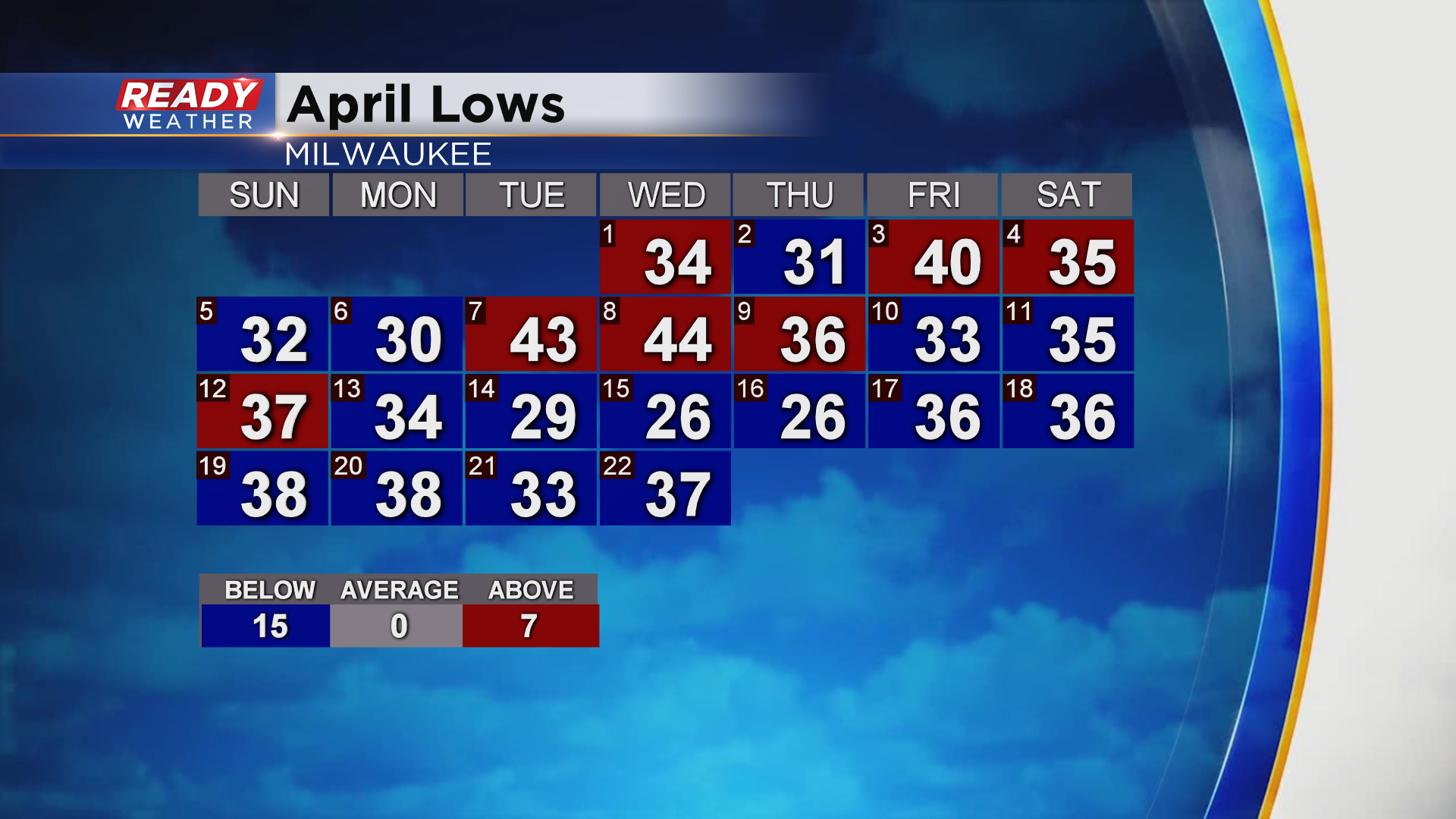 Currently the coldest low temperatures over the next 10 days look to be in the mid 30s. Download the CBS58 Ready Weather App to keep up on the forecast before you plant outside!