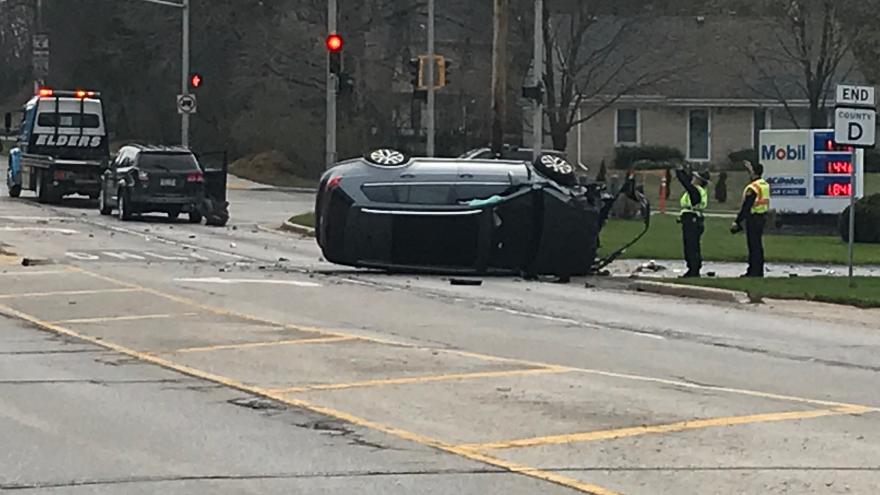 NEW BERLIN, Wis. (CBS 58) -- A multi-vehicle crash at the intersection of 124th and Cleveland in New Berlin, sent two people -- including a police officer -- to the hospital on Tuesday, April 28.

New Berlin Police and Fire Departments responded to the scene just after 8 a.m.

Police said a vehicle traveling westbound on Cleveland Avenue, struck an on-duty New Berlin police officer's squad in the intersection, then struck two other vehicles before crashing into the garage of a nearby home and damaging two vehicles parked inside.

The officer was on normal patrol and was not engaged in a pursuit or responding to a call.

Two drivers, including the officer, were transported to the hospital with non-life threatening injuries.

The Wisconsin State Patrol is handling the investigation.

A CBS 58 news crew at the scene said at least five vehicles were involved, including a U-Haul tow truck.

It appears the U-Haul struck a garage and another vehicle inside the garage.

West Cleveland from South 128th Street to Waukesha Road was blocked by authorities.