Author Who Wrote Heartbreaking 'Dating Profile' for her Husband Dies 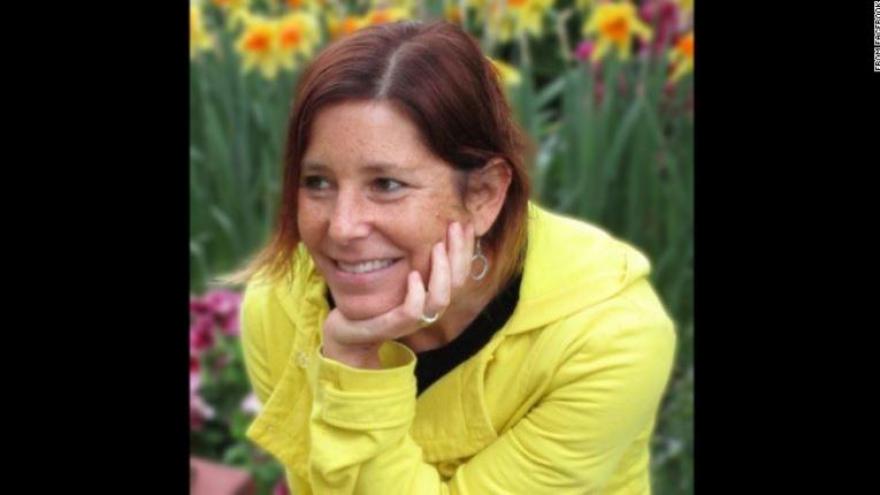 (CNN) Amy Krouse Rosenthal, the prolific children's book author who wrote a devastating "Modern Love" column about her soon-to-be-widower husband, died in her home in Chicago on Monday from ovarian cancer. She was 51.

"Everything Amy did was life and love affirming," Amy Rennert, her longtime literary agent and friend, said in a statement to CNN. "She was such a bright light with a great sense of wonder."

Rosenthal was best known for her many children's books, including "Duck! Rabbit!" "I Wish You More," and "Uni the Unicorn," among others. She also wrote two memoirs for adults, the highly-praised "Encyclopedia of an Ordinary Life" and its follow-up "Textbook Amy Krouse Rosenthal."

But one of her most powerful works was a column she wrote for The New York Times' recurring "Modern Love" feature in early March, titled "You May Want to Marry My Husband."

In the article, Rosenthal wrote that she had been diagnosed with ovarian cancer and had little time left to live. Knowing these were her last days, she praised the loving virtues of her husband, making the column into a kind of a "dating profile" to help him find a new love after her death.

"He is an easy man to fall in love with. I did it in one day," she wrote. "I have never been on Tinder, Bumble or eHarmony, but I'm going to create a general profile for Jason right here, based on my experience of coexisting in the same house with him for, like, 9,490 days."

Her husband Jason is a lawyer, a good cook, a painter, and, most importantly, a thoughtful and dedicated partner, she wrote.

Her reason for writing the column? "I am wrapping this up on Valentine's Day, and the most genuine, non-vase-oriented gift I can hope for is that the right person reads this, finds Jason, and another love story begins," she wrote.

Readers reacted to the selfless love story with an outpouring of emotion and plenty of tears.

Rennert, Rosenthal's agent, said the essay was the "ultimate gift" to us all.

"Amy's final essay, written under the most difficult of circumstances, a love letter to her husband Jason, was the ultimate gift to him and also to the rest of us," she said.

John Green, the bestselling author of "The Fault in Our Stars," praised Krouse Rosenthal in a series of tweets as a "brilliant writer" and "what I wanted to be when I grew up."

HarperCollins said in a statement the company was "privileged and honored" to have published 11 of Rosenthal's books.

"She was one of our most brilliant, creative, passionate authors who had an amazing way of turning ideas upside down in wonderful ways, and a gift for taking a handful of words and putting them together in a creative, unexpected way," the publisher said.