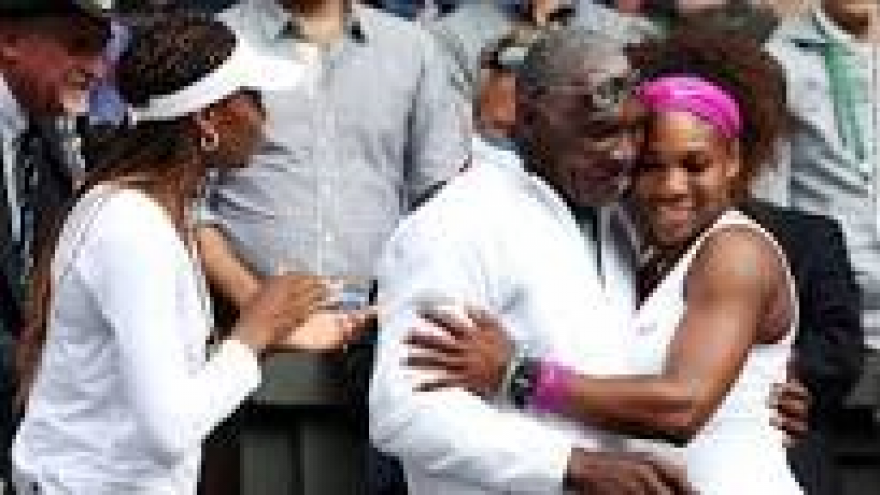 (CNN)On Australia Day at the Australian Open, Americans ruled in the women's semifinals.

And the result is a tantalizing, long-awaited grand slam final between the siblings, who own a combined 29 majors in careers that have spanned three decades.

It's a blockbuster start to the grand slam calendar, 12 months after the subject of match fixing overshadowed much of what happened on court at Melbourne Park.With a duel between Roger Federer and Rafael Nadal -- who've won a combined total of 31 majors -- a possibility in Sunday's men's final, the last few days of the tournament are shaping up to be unforgettable.

Serena, bidding to win a record 23rd major in the Open Era, will be the favorite Saturday -- she's 16-11 against Venus -- but Thursday belonged to her older sister.Rarely, if ever, has Venus Williams shown such emotion on a tennis court.

She dropped her racket, pirouetted, put both hands on the blue hard courts of Rod Laver Arena, then skipped to the net in joy. Seconds later a double pirouette followed.

She couldn't stop smiling. There may have been some tears.

She'd progressed to a first grand slam final since Wimbledon in 2009 and first Australian Open final since 2003. It's been a long, tough journey to get there, especially after Williams was diagnosed with autoimmune disorder Sjogren's Syndrome in 2011.

"It means so much, mostly because she played so well," Venus said in her on-court interview. "I don't even remember what happened on the last (match point). I just know the match is over. Oh my God!"The sisters will face off in a grand slam final for the first time since the fortnight at the All England Club eight years ago, with Serena coming out on top.Venus, at 36, became the oldest women's finalist in the Open Era at the Australian Open and the second oldest behind a 37-year-old Martina Navratilova at Wimbledon in 1994.

With a combined age of 71, it will be the oldest women's grand slam final in the Open Era.

But the sisters are showing that quality precedes age.