Attorney: No Charges against Chicago Officer who shot Ronald Johnson 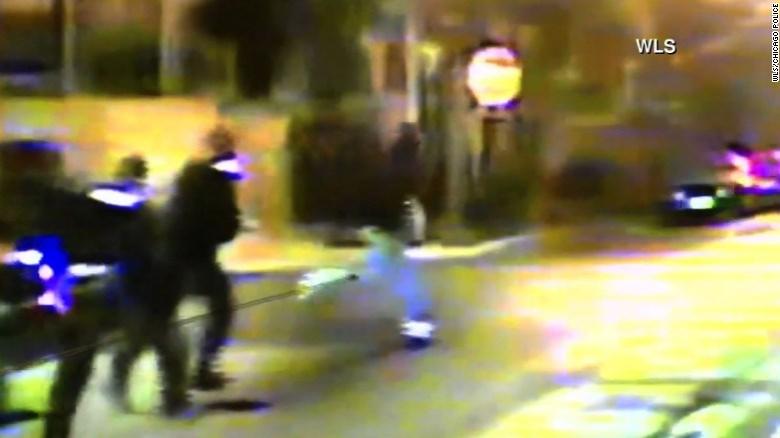 (CNN) No criminal charges will be filed against the Chicago police officer who shot and killed Ronald Johnson in October 2014, Cook County State's Attorney Anita Alvarez said Monday. Johnson was armed with a loaded gun at the time of the shooting, she said.

At a news conference, Assistant U.S. Attorney Lynn McCarthy played dashboard camera video of the shooting for reporters. The video appeared to show Johnson running away from police officers and into a public park. Out of view of the camera, the 25-year-old was shot twice, she said.

For nearly an hour, McCarthy used a PowerPoint presentation to explain in detail where police cars were and where Johnson ran from officers. The officers were in the area responding to numerous 911 calls from residents saying that shots had been fired. Some of those calls were played at the news conference. McCarthy explained that Johnson had been in a car with three other people that was shot at, had left the scene and then returned. While officers were interviewing one of the men in that car, Johnson tried to run.

An independent police board reviewed the dashboard camera video, McCarthy said, and decided that Officer George Hernandez was not wrong for shooting Johnson.

It's impossible to tell, based on the video shown at the news conference, if there was anything in Johnson's hand because the footage is too blurry and grainy. McCarthy played it at normal speed and then in slow motion. What is clear is that a man who McCarthy said was Johnson is seen running around a corner. Two officers appear to be chasing him, and they round the corner, too. Johnson runs across the street toward a park.

He crossed into the park and, out of the camera's range, was shot.

McCarthy and Alvarez said that officers reported that Johnson had a gun.

McCarthy showed a photo of a gun that she said was taken from the scene and had grass lodged in it. That gun, she said, was tied to a shooting that occurred in Chicago in 2013.

A mother pushed for video to be released

Johnson's mother, Dorothy Holmes, who earlier said she had seen the video, has said that it proved her son was murdered. She and her attorney had pushed authorities to make the footage public.

Earlier Monday, U.S. Attorney General Loretta Lynch announced that the Justice Department would be conducting a sweeping investigation of the Chicago Police Department's use-of-force practices and whether there are racial and ethnic disparities in how officers use force.

The push to make the Johnson shooting video public had been months in the making.

Holmes filed a federal lawsuit against Chicago police shortly after her son's death, and the defendants filed a motion to block the video's release. Holmes' attorney Michael D. Oppenheimer then filed a Freedom of Information Act request, arguing that the footage was public record. That was denied.

He said last week on CNN that the video shows that Johnson was not carrying a weapon, "nor did he ever turn and point anything."

"The Police Department planted that gun because there's no way anything would have stayed in Ronald Johnson's hand after he was shot," the attorney said.

Chicago police have not responded to CNN's request for comment.