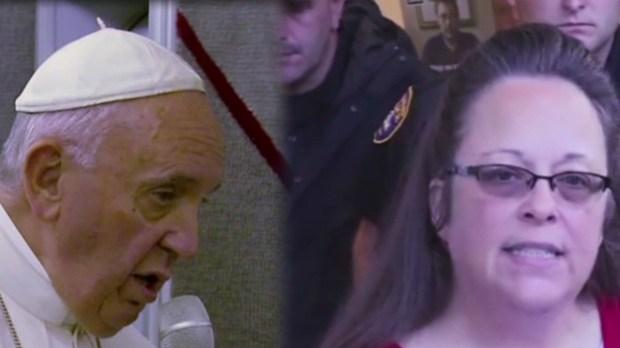 According to Staver, the two met briefly last Thursday, September 24, at the Vatican Embassy in Washington, D.C.

Staver said Pope Francis spoke to Davis in English and asked her to pray for him. He said Davis, in return, asked the pope to pray for her. The pope told her to stay strong, according to her lawyer.

Staver said the pope also gave Kim and her husband rosaries he had blessed.

While on the flight home from his visit to the U.S., Francis was asked about Davis' case.

Francis said he didn't know the case in detail, but he upheld conscientious objection as a human right.

"It is a right. And if a person does not allow others to be a conscientious objector, he denies a right," Francis said.