Attorney General candidates play to base and one will play bass 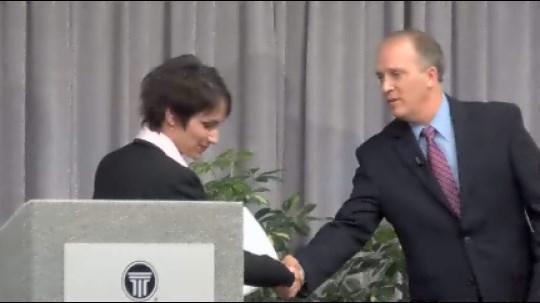 Republican Attorney General candidate Brad Schimel was one of the few people who turned up hours earlier for his election party at the Country Springs Hotel.

The Waukesha County District Attorney was doing a sound check with his band. He plans to play rock music while the results come in Tuesday night.

It will be a lighter moment in a contentious race that has been flooded with negative campaign ads.

Meantime, opponent Democrat Susan Happ will watch the results at the Comfort Suites in Johnson Creek.

The Jefferson County District Attorney trail Schimel in the latest polls by about 4%,

But in the weeks leading up to election day, roughly 71% of voters said they don't know enough about either candidate.