The historic and record breaking 2020 Atlantic Hurricane Season came to an end on November 30th. Officially the hurricane season runs from June 1 to November 30 but we've had tropical storms and hurricanes for every month of the year. By the end of November we saw 30 named storms which breaks the old record of 28 set back in 2005. The tracks for all of those 30 storms shows a wide variety of locations. Central America was hit hard a few times. Even Spain and Portugal got in on the action. In the United States, Louisiana was hit the hardest with multiple storms making landfall there. Florida was mostly spared this year.

These are the plots for all 30 tropical storms and hurricanes during the record breaking 2020 Atlantic Hurricane Season. #readywx pic.twitter.com/3DyrM1NAp7

The amount of storms this year surpassed the 21 Alphabet names on the list since Q, U, X, Y and Z are not used. We then moved into the Greek alphabet for only the second time in history (after 2005) using all the way to Iota. The season started with a good deal of tropical storms and a couple Category 1 storm. Hurricane Laura as a Category 4 was the first major hurricane but the Greek names saw the strongest storms. Delta, Epsilon, Eta and Iota were all major hurricanes with Iota coming in as the strongest Category 5 storm. 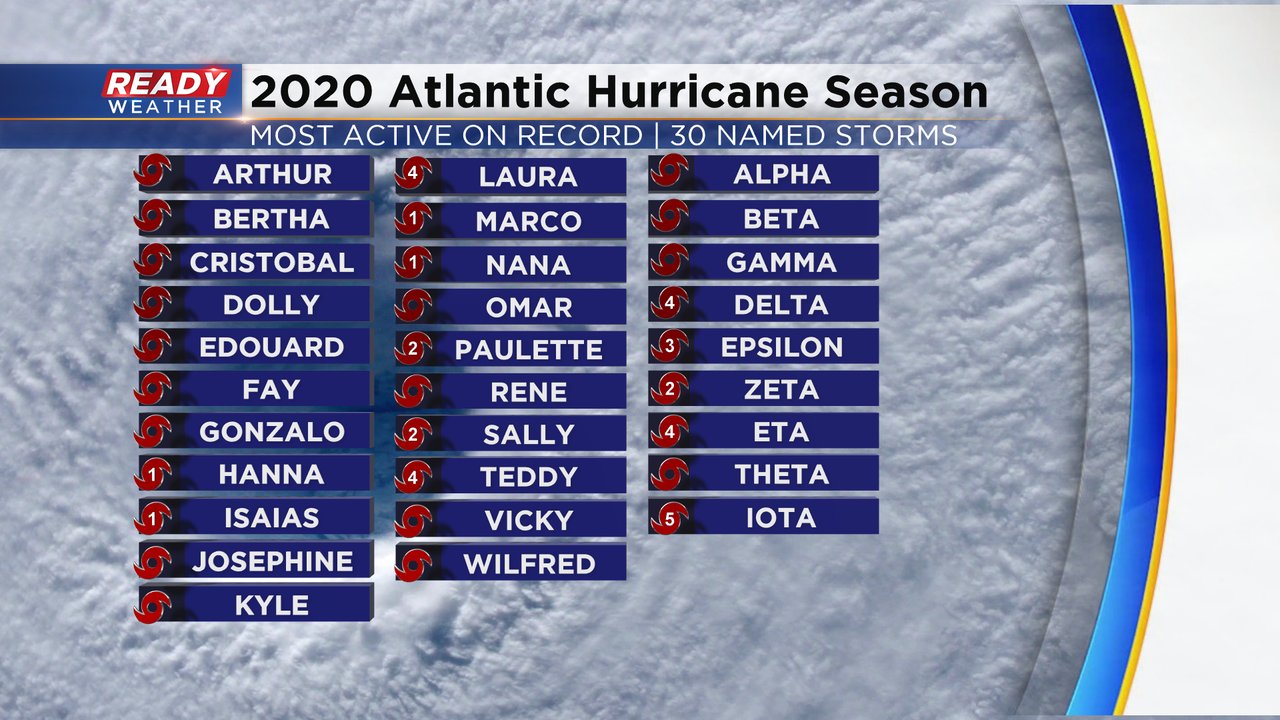 Since the hurricane season was so long it's hard to remember how it started and how it impacted Wisconsin. A few storms here and there that moved into the southeast US states would stall our local weather or push it away from us, but it terms of actual storm impacts only one storm moved into Wisconsin. That was Tropical Storm Cristobal which formed right at the beginning of the official start of the hurricane season in June. It was only the fourth storm in recorded history to enter Wisconsin and was the farthest northwest an Atlantic tropical system has ever gone! 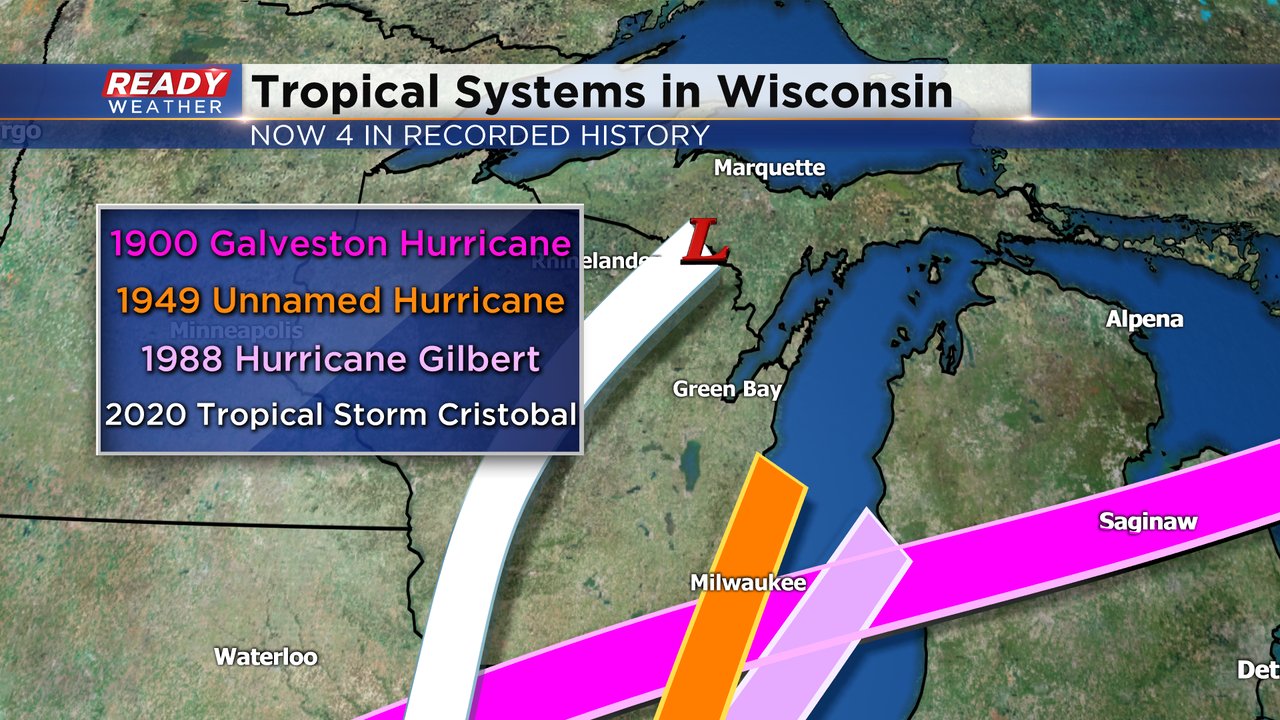 Download the CBS 58 Ready Weather where you can track the weather not just in southeast Wisconsin but all across the country!