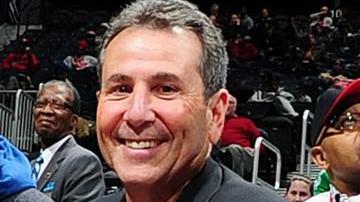 (CNN) -- Another NBA owner will lose his franchise because of racist remarks, but it doesn't appear the Atlanta Hawks' Bruce Levenson wants to follow the prolonged path to being stripped of his team that Los Angeles Clippers owner Donald Sterling took this year.

Levenson announced in a statement that he will sell his controlling stake in the team after an \"e-mail two years ago that was inappropriate and offensive.\"

The exact remarks made in the email weren't clear, but Levenson said it involved the interests of the team's white and black fans -- including music and the race of cheerleaders -- and whether the team's \"white fans might be afraid of our black fans.\"

In focusing on low attendance at Hawks games and the need to boost season-ticket sales and corporate sponsors, Levenson said, he talked with executives about diversifying the fan base and including more suburban whites. During those discussions, \"I shared my thoughts on why our efforts to bridge Atlanta's racial sports divide seemed to be failing,\" he wrote.

\"I trivialized our fans by making cliched assumptions about their interests (i.e. hip hop vs. country, white vs. black cheerleaders, etc.) and by stereotyping their perceptions of one another (i.e. that white fans might be afraid of our black fans),\" he said in his statement. \"By focusing on race, I also sent the unintentional and hurtful message that our white fans are more valuable than our black fans.\"

The NBA should have no tolerance for racism, he said, a sentiment he also expressed during a CNN interview earlier this year.

Discussing Sterling and the Clippers owner's reluctance to sell the team after being caught making racist remarks on tape, Levenson said in May that, as a fellow team owner, he couldn't be partners with someone who holds those types of views.

\"I think I speak for all of my partners when I say we were all deeply offended. We all quickly spoke out against the words we heard on that tape,\" Levenson said.

In a Sunday statement, NBA Commissioner Adam Silver called Levenson's 2012 email \"entirely unacceptable\" -- again, without elaborating on exactly what the Hawks owner said -- and commended Levenson for self-reporting to the league office.

Levenson told the league in July about the August 2012 email, and the NBA conducted an investigation, the statement said.

\"(Levenson) shared with me how truly remorseful he is for using those hurtful words and how apologetic he is to the entire NBA family -- fans, players, team employees, business partners and fellow team owners -- for having diverted attention away from our game,\" Silver said.

The league will work with the Hawks to determine the appropriate sale process for the team, Silver said. Hawks CEO Steve Koonin will now oversee team operations, the league said.

In closing his statement, Levenson said he was embarrassed by the email and apologized to the team and its fans.

\"To the Hawks family and its fans, you have my deepest gratitude for the past ten years,\" Levenson wrote. \"Working with this team and its extraordinary executives, coaching staff, and players has been one of the highlights of my life. I am proud of our diverse, passionate, and growing legion of Hawks fans, and I will continue to join you in cheering for the best team in the NBA.\"