ATF is Sifting Through the Debris in Sherman Park 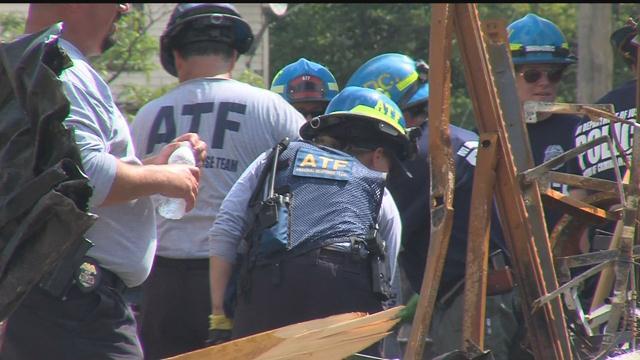 Demolition is underway at two businesses that were burned down during the unrest in Milwaukee.

Dozens of investigators with the ATF are at the scenes.

The investigation has been very deliberate out here with heavy equipment taking out a portion of walls crews with the ATF sifting through the debris.

Heavy equipment is taking out portion of walls. Crews with the ATF were sifting through the debris.

CBS 58 counted as many as 20 crew members wearing ATF gear.

There is also a large Milwaukee Police presence with almost as many officers on the scene here.

A few were wearing body armor.

It's a pretty controlled area considering the circumstances that led to this fire.

As part of our continuing reporting - you'll recall this is one of eight buildings burnt between Saturday night and Sunday morning in response to the deadly police shooting of Sylville Smith.

Milwaukee Police said Smith had a gun in hand which was later found to be loaded with 23 rounds.

What we don't have right now is that officer's body camera video of the exchange.

We know it exists and is according to Milwaukee Police Chief Ed Flynn less than 30 seconds into the video before shots are fired.