At least one dead in wake of Harvey 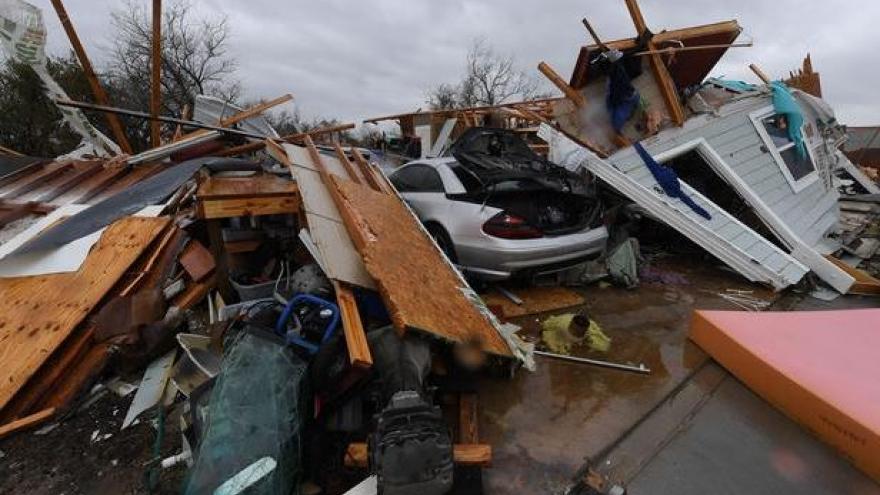 TAFT, Texas. (CBS News) -- The town of Rockport, Texas, was slammed by Hurricane Harvey's heavy rainfall and strong winds, leaving scenes devastation in its wake as it tore through the town of 10,000 residents, just 30 miles northeast of Corpus Christi.

The storm made landfall late Friday night as a Category 4 storm, with sustained winds of 130 mph that whipped coastal communities throughout the night. Winds slowed throughout the day Saturday as Harvey was downgraded to a Category 1 storm and then to a tropical storm.

Mayor Charlie Wax told CBSN that the town has suffered "widespread damage" as the storm continues to dump rain across southeast Texas.

"Our high school is damaged. One of our learning centers is also damaged. We have businesses that are destroyed, we have homes that have been destroyed, and at the very least lives are disrupted," Wax said.

The mayor said as of Saturday morning there was no confirmation of any deaths, but said his response teams hadn't been able to completely survey the town.

He also warned residents to "stay in place," adding that it wasn't safe to return home.

"Stay in place, protect yourself. If you did evacuate, do not even attempt to go back," Wax said. "Stay away, let the first responders do their job."

Before the storm hit late Friday, Rockport residents were advised to write their social security numbers on their arms to ensure their remains could be identified, CBS News correspondent David Begnaud reported.

Families who escaped the city before the storm are worried about the safety of neighbors who stayed put.

Johanna Cochran told the Associated Press that she's unsure if her home or her workplace, a nearby McDonald's, suffered a directly blow from the storm. She evacuated the area to San Antonio shelter along with her boyfriend and dozens of other residents.

Another resident, Pamela Montes, told the news agency she's also worried about her home and the friends she left behind. "No one felt like it was going to hit," she said.

Today 50° Times of sun and clouds