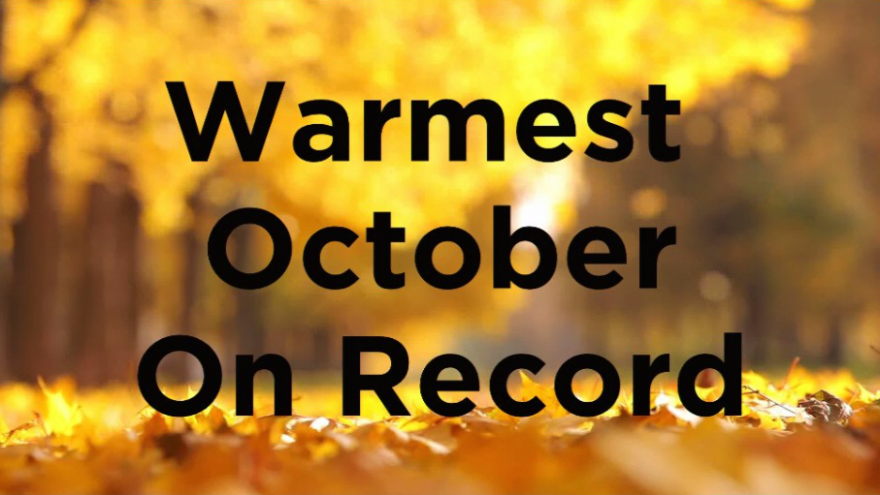 After a very warm couple of months, we've finally cooled down. Low temperatures Wednesday and Thursday morning have been the coldest since late spring. Temps have dropped into the 20s for areas away from the Lake including a few upper teens and upper 20s to around 30 lakeside. The freezing temperatures in Milwaukee came about ten days later than average.

The arrival of the colder air ends a long stretch of well above-average warmth that set numerous new records. Although nine of the ten complete months in 2021 have been above-average, October was the first month to go down as the number one warmest on record. Through the first few days of November, 2021 is currently the second warmest year. 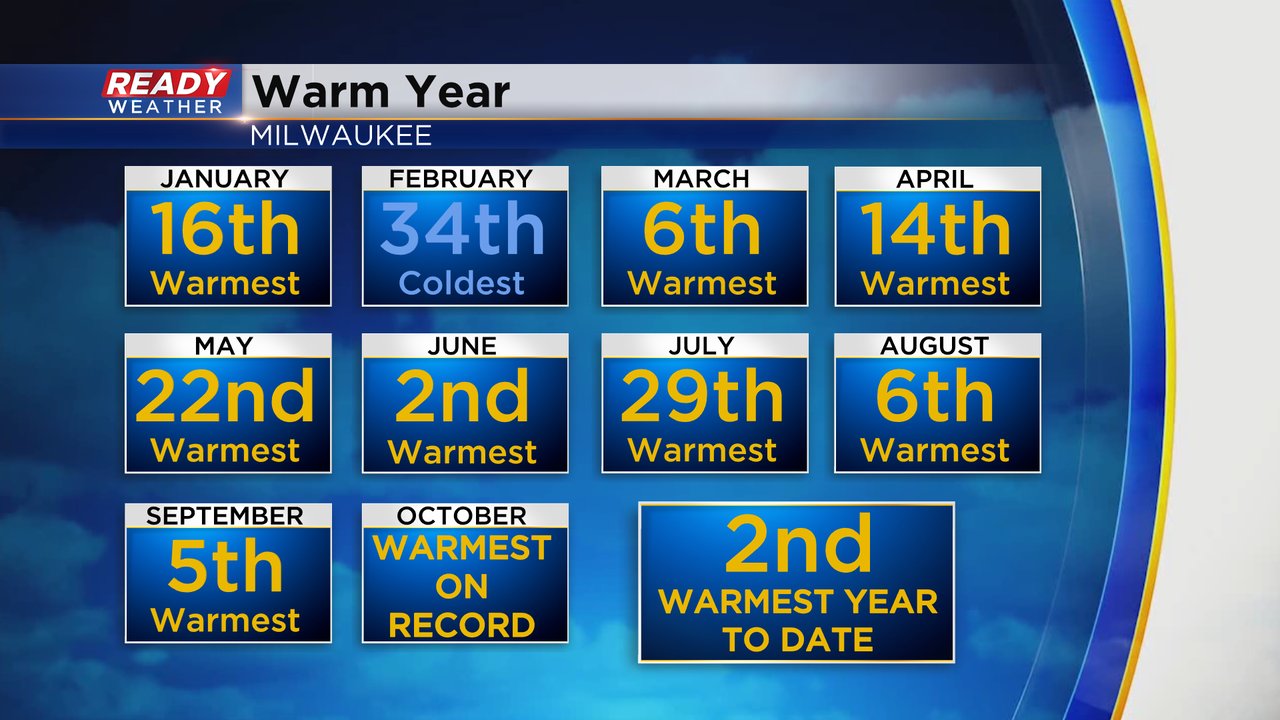 October started with warm temps in the 80s. Both October 1st and October 2nd saw highs in the low 80s bringing the number of days in 2021 with highs at/above 80* to 82 breaking the old record of 80 set back in 2010. November and December have never seen highs in the 80s so it is very unlikely we will add to this number. 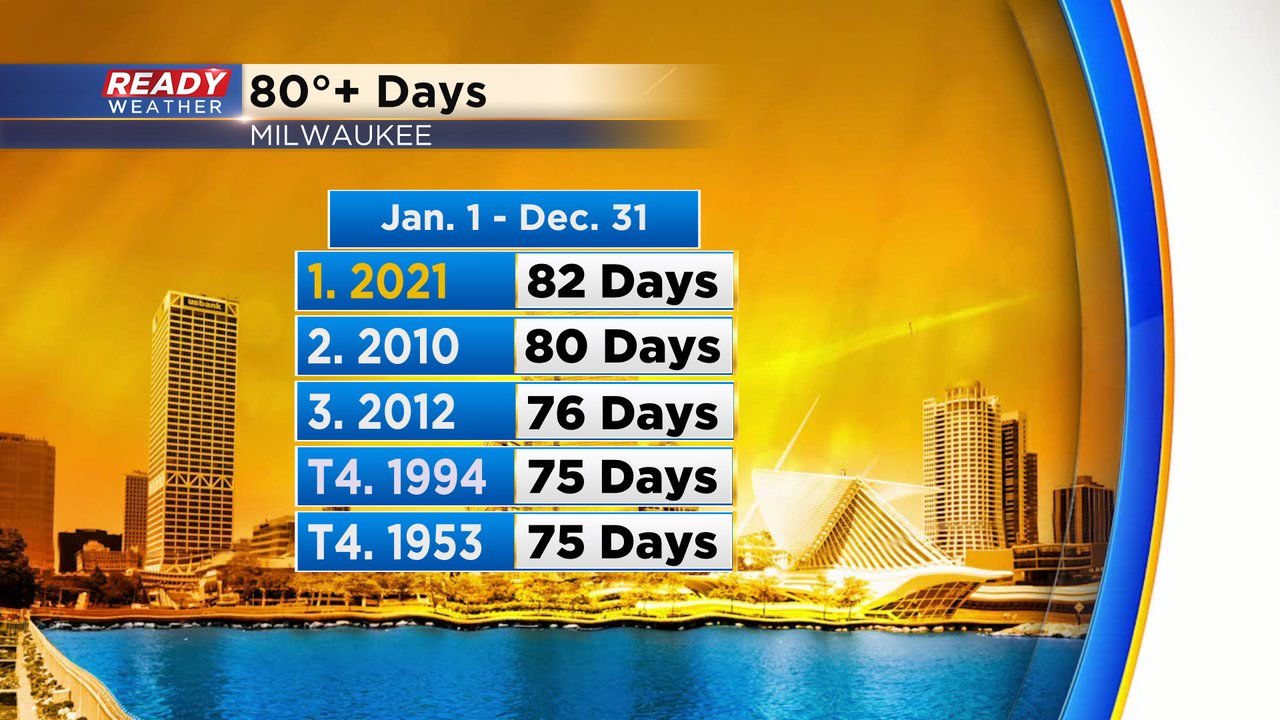 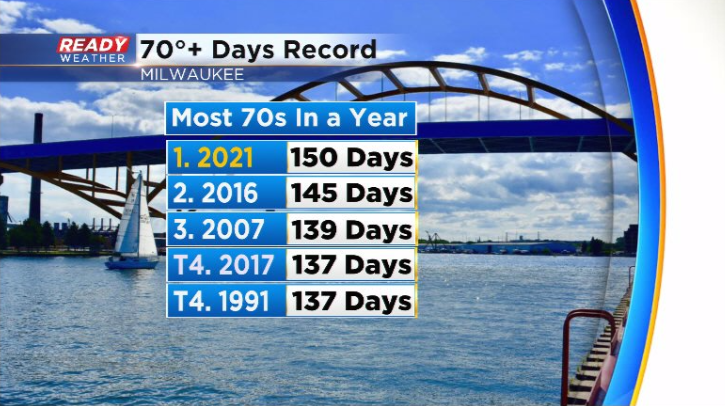 During the middle of October low temps in Milwaukee finally dropped into the 40s. It was extremely late. The average for our first low in the 40s in Milwaukee is usually at the end of August! This year the lows didn't hit the 40s until October 16th which is the latest on record beating the old record of October 7th set back in 2016.

Not only did we break the record for latest first fall lows in the 40s but thanks to our warm summer and early fall we also broke the record for consecutive days without a low hitting the 40s. That streak started May 30th and ended October 15th for a total of 138 consecutive days. That breaks the old record of 126 straight days with lows at/above 50* set back in 1911. 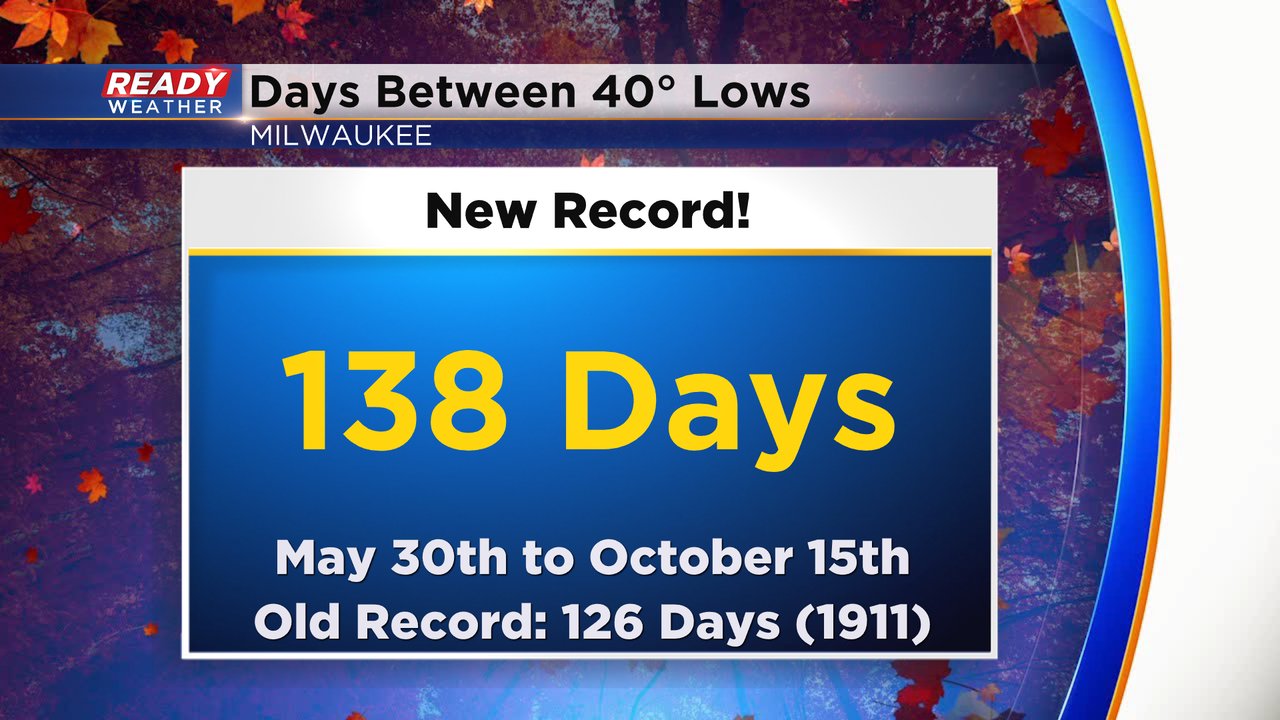 As we finally started to cool down at the end of October we saw the high temperature in Milwaukee drop into the 50s for the first time since the end of May. October 22nd was when the high dipped below 60* with a high of 54*. It broke the record for latest first fall high in the 50s previously held by 2013 as October 14th. We almost broke the record for consecutive days between 50* highs at 146. The current record is 147. 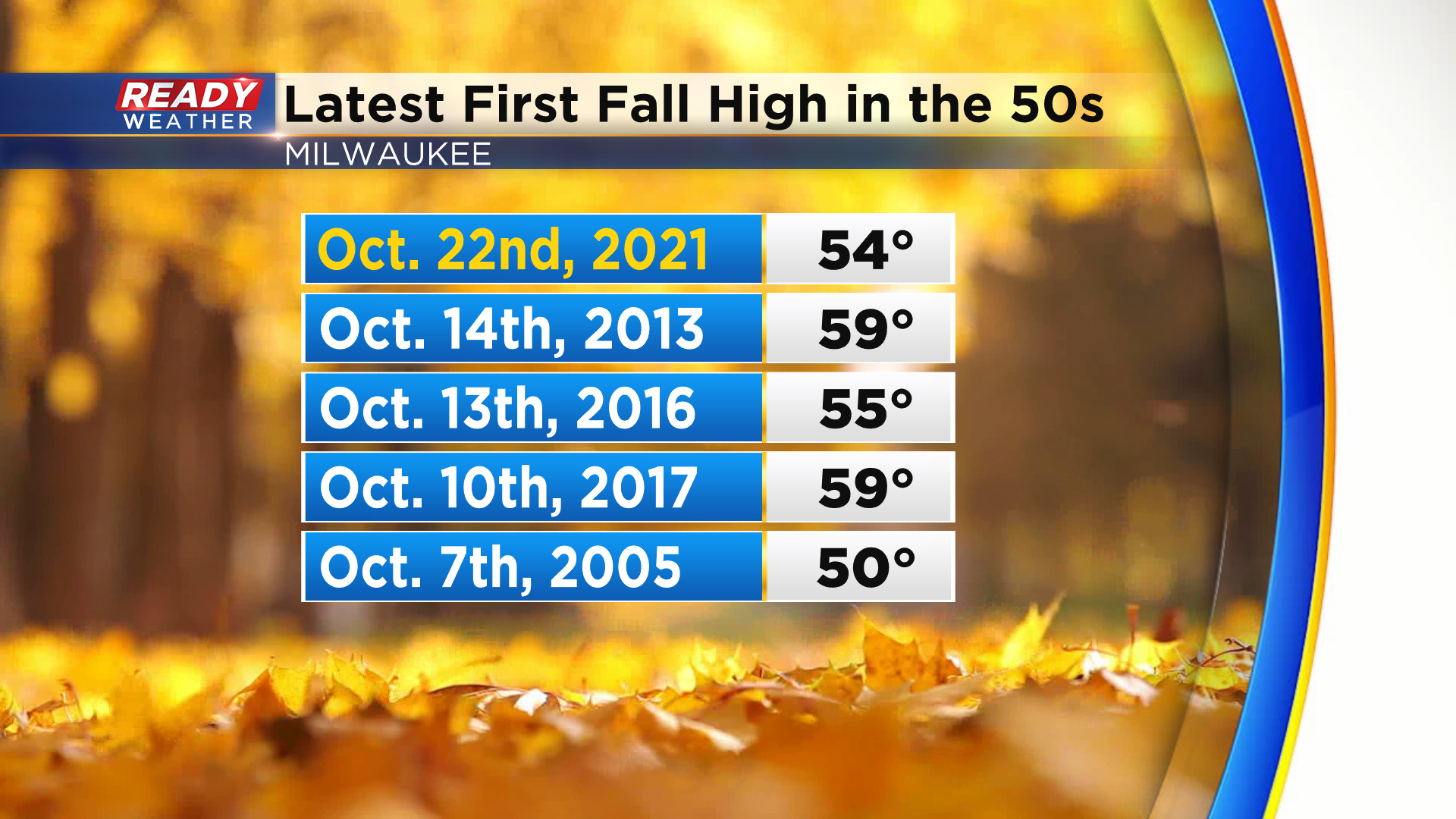 Our first lows in the 30s and 20s and highs in the 40s came much later than average, but did not break any records. Download the CBS 58 Ready Weather app to track the forecast the rest of the year.