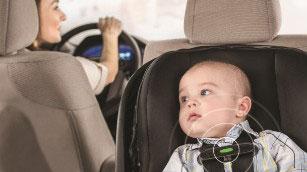 Wisconsin State Assembly passed a bill which requires children to be in rear-facing in their car seats until age 2.

“It is an unfortunate fact that vehicle crashes are the leading cause of death for children in our country,” said Rep. Loudenbeck.  “Today’s vote by the State Assembly moves Wisconsin one step closer to ensuring our kids are as safe as possible when traveling in a vehicle.”

Medical experts support modifying the current statute to require infants under age 2 to be rear-facing in car seats because studies show children are far more likely to survive a serious crash.  Before this age, regardless of height or weight, an infants’ skeletal system is not strong or developed enough to protect the child from life-threatening injuries when they are forward-facing, according to Rep. Loudenbeck.

“Ensuring our laws are up-to-date and consistent with nationally accepted safety guidelines allows parents to be aware of the safest way to transport infants,” said Rep. Taylor.  “I want to thank Rep. Loudenbeck for her work and dedication on this issue and the Assembly leadership for bringing this bill to the floor for a vote.”

The bill now goes to the Senate.