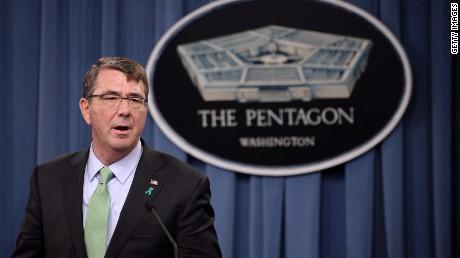 A U.S. official tells CNN that decision means that there will be additional U.S. Special Operation forces on the ground in Iraq to fight ISIS.

Carter made the remarks testifying before the House Armed Services Committee.

"Next, in full coordination with the Government of Iraq, we're deploying a specialized expeditionary targeting force to assist Iraqi and Kurdish Peshmerga forces and to put even more pressure on ISIL," Carter said. "These special operators will over time be able to conduct raids, free hostages, gather intelligence, and capture ISIL leaders."

The force is in addition to the "less than 50" Special Operations forces Obama authorized in October to aid in the fight against ISIS in Syria.