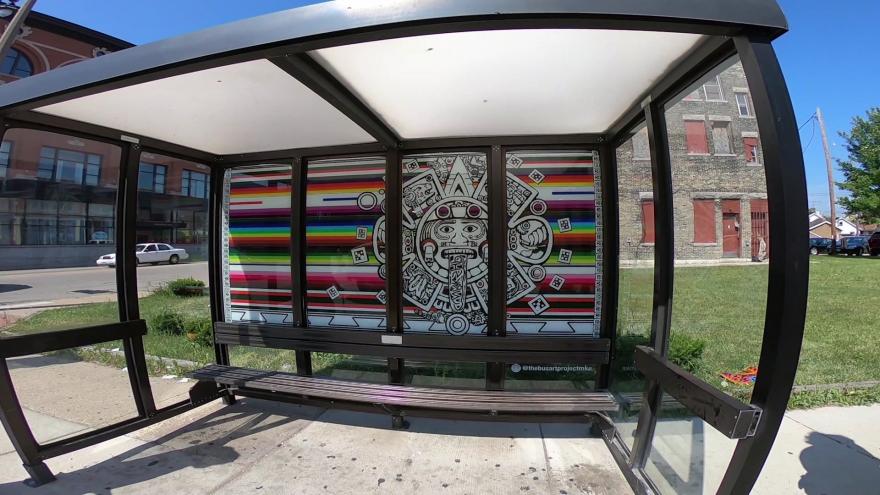 MCTS says Gloria Ruiz-Santos' piece "Colorful Serape" was placed back on the shelter at 6th and National on Saturday, one day after video of the theft was released. MCTS says the art was damaged and will have to be replaced.

Investigators say the artwork was stolen on September 10 by a man caught on surveillance video riding away from the scene on an MCTS bus. Police are investigating and are asking anyone with information to come forward.