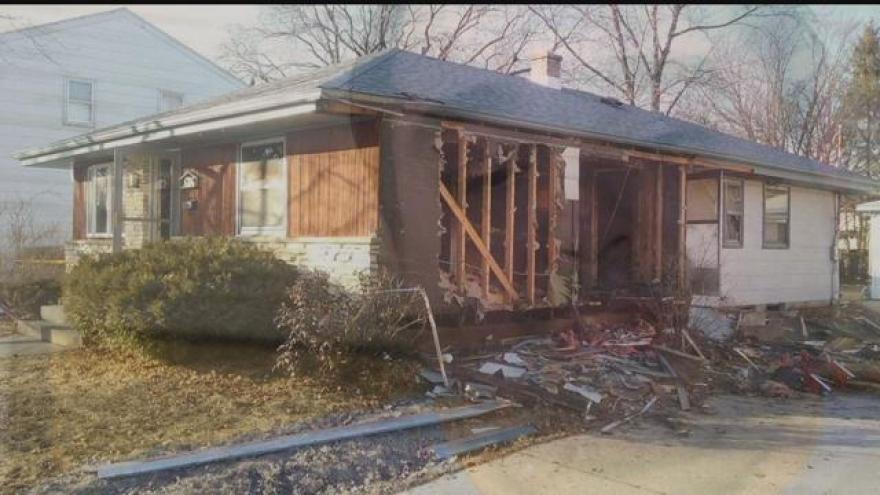 William Libby was devastated at the sight of his home Friday afternoon.

The side of his house was burned by fire.

"We lost everything," he said. "We have but the clothes on our back."

To make matters worse, he said his prized possessions were stolen before someone set the home ablaze.

He collected comic books, video games and systems. Libby said he found a bag among the rubble and gave it to police.

"It had my property in it; my laptop, a bunch of stolen CDs and what not, that they were packing in the bag to leave the scene," he said.

Now, where a super reader once called home is boarded up.

The comforts of being a child are lost and replaced with necessities inside a hotel room.

"I just purchased some bins to keep the kids and our stuff organized," Libby said.

The family is making due with the smaller space, keeping track of expenses for insurance purposes.

Libby said he doesn't have any enemies and makes it a point to help others. So, he's asking the same of his neighbors, many of them committed to watching out for crime.

"If they know something, please come forward and say it," he said. "Even if it was anonymous, every bit helps.

The family said their cat was killed in the fire.

If you have any information to help with this arson investigation, please call Milwaukee police.