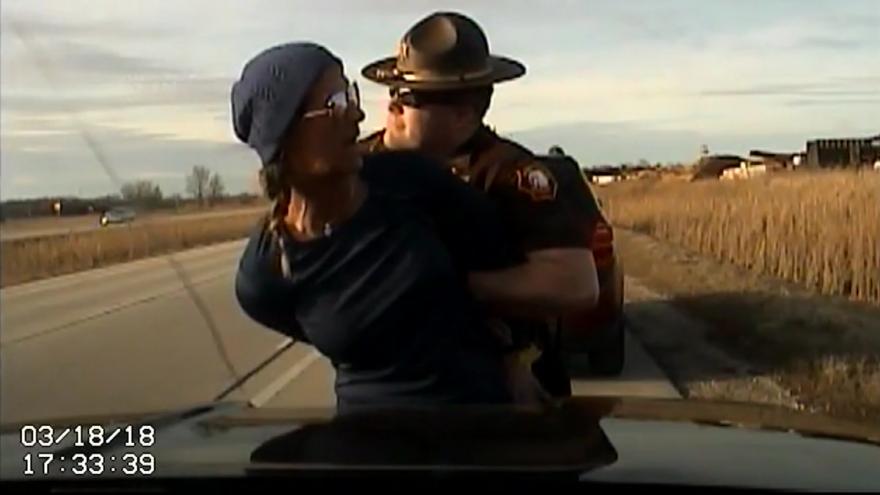 Sheriff’s deputies say Amanda Hauke was drunk when she let her 12-year-old daughter sit on her lap and drive on I-43 last month. As the deputy spoke to the girl, she admitted her mom let her drive.

That’s when Hauke approached the deputy with her hand raised and that landed her in handcuffs.

Police say she failed a sobriety test and is facing jail time.