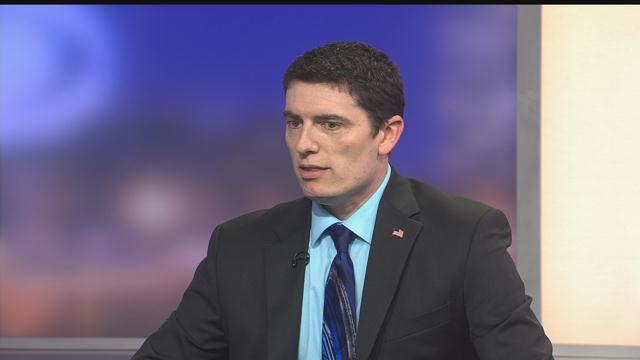 Just hours after democrats ended a sit in at the Capitol with no vote on gun legislation, Democrat and First Congressional District Candidate Ryan Solen called Speaker of the House Paul Ryan lackadaisical in his approach to the discussions.

"It might have something to do with the upcoming Presidential election," Solen told Anchor Michele McCormack during an exclusive live interview Thursday on the CBS 58 News at 4. "I know he's a bit back and forth where he stands. It's not looking to good."

Solen, a U.S. Army Veteran who is new to politics says he supports the sit in to a certain extent.

"I think discussion is a much better way," he said.

Now that the voted hasn't passed, he says lawmakers must explore other paths.

He disagreed with comments by Ryan that the sit in was a distraction.

He also questioned whether Republicans were sincere in getting some kind of legislation passed.

"Are they willing to sit down and make a proper discussion about this or holding out?"

The issue of gun control re-ignited by the recent mass shooting at a gay nightclub in Orlando, Florida.

Solen says there is an ISIS element to the crime but says the shooter was clearly disturbed.

New reports also suggest his was motivated because he was gay.

"I tend to see it more of a hate crime first. I am a believer in the second amendment. However I don't think we have absolute right to own whatever firearm we chose."

Solen suggested enforcing a system that requires education about the use of firearms and license a person rather than the weapons.

"You receive a driver's license then you're able to chose what car you choose. The same thing could work with firearms."

He believes extensive training could bring about fewer accidental shootings and dispersion of firearms.

When asked why voters should choose a newcomer instead of sticking with a veteran politician who is now Speaker of House, Solen acknowledged that he's different from other candidates.

"I'm much less interest in partisan positions and more in solving the issues."

The Wisconsin primary is August 9th.