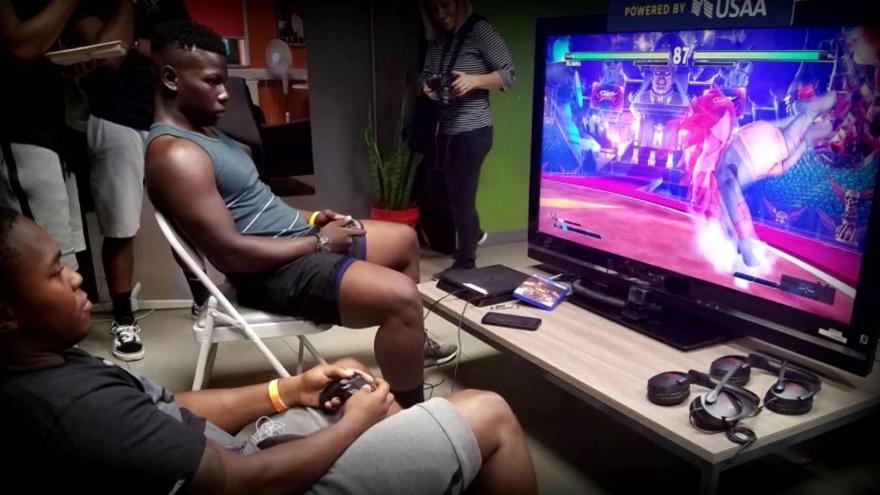 (CBSNews) -- Last year, the Army missed its recruiting goal for the first time since 2005, a fact blamed on a strong economy and the slow collapse of traditional recruiting like cold calls. Now, Uncle Sam has a new strategy, going not just online – but into video games.

The U.S. Army is looking beyond recruiting ads as it tries to pitch itself to a new audience of gamers. CBS News' Tony Dokoupil went to a sold-out gaming convention in San Antonio where Major General Frank Muth, head of the army's recruiting command, says he's looking for the next generation of American soldiers.

"Is there something about what it takes to be a gamer today and what you're looking for for Army jobs that overlaps?" Dokoupil asked.

"Yes," Muth asked. "It's the decision-making, it's the ability to take in a lot of information quickly and to be able to make a decision … It's about teamwork."

To help the mission, the Army is putting together the first all-Army esports team. More than 7,000 active duty soldiers are now competing for just 30 full-time positions by playing games like Call of Duty, Fortnite and League of Legends, and hoping to compete in esports tournaments across the country.

"Last year, when we didn't make mission, we went down to the recruiters and say, 'Okay, what can we do different?'" Muth recalled. "And they said, 'Sir, first, we've gotta get off the phones … Nobody picks it up anymore.'"

That's what got Muth thinking "game on." What he came up with is like an old-fashioned television ad, tucked into the natural flow of the gaming environment.

"You know, the guys talk all the time while they're playing the games," Muth said.

Sergeant 1st Class Chris Jones is leading the new esports recruiting effort. He said a lot of what he does is explain that the Army isn't all boots and bullets.

"You could be not only in the infantry but you could be in cyber," Jones told Dokoupil as the two played games. "We have microbiologists. We have all these different career fields that, you know … that's why we're here, to tell you about it."

While gamers may not fit the old stereotype of "America's soldier," many seem to welcome the Army's new interest. But Major General Muth said the Army is being honest about the realities of combat.

"There's risk in everything we do. The Army – there is a risk. But if you look at the, you know, the percentage that are actually in direct combat, it's a low percentage. There's a lot of different jobs you can do and military specialties that are not combat-related. But it's, you know, it's part of being in the Army, it's part of serving," Muth said.

The Army says its esports teams should be competing by the summer. The other branches are getting into gaming. The Air Force has sponsored gaming tournaments and the Navy is engaging recruits with a new traveling simulator.